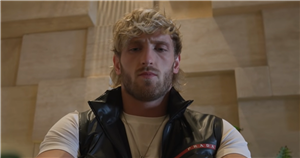 Logan Paul has been forced to beef up his personal security after Floyd Mayweather issued a “death” threat to his brother Jake.

The two fighters are scheduled to step into the ring together for an exhibition bout on June 6th.

Most people understood Mayweather’s words to be part of the histrionics that go along with promoting such a blockbuster event.

But Logan is taking the threat seriously and has increased his own personal security in the wake of the incident.

"He loved that hat. He loved it.

"Everywhere, at all times [we will have security]. When you have a guy with the resources and wealth that Floyd Mayweather has, and he's saying s*** like 'I'm gonna kill that motherf***** – kill!? death!?

Logan should be able to afford the extra security if estimates of the potential earnings from his bout with Mayweather prove correct.

The 26-year-old is set to take home in excess of $20million, with the PPV event as a whole worth around $100m.

That purse could increase if Logan wins the fight against Mayweather, who has never been beaten in the ring.

Pretty Boy retired in 2017 with a 50-0 record after lacing up his gloves one last time to face Conor McGregor.

He has since appeared in an exhibition event in Japan, defeating kickboxer Tenshin Nasukawa inside one round.

Logan has just one professional fight to his name and that ended in defeat to British YouTuber KSI in 2018.