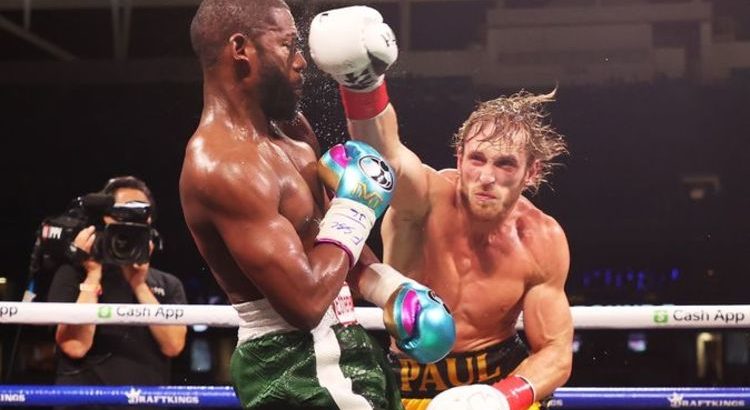 Paul hung tough and showed a solid chin as he took a number of big shots from the boxing legend through the course of their eight-round bout at the Hard Rock Stadium in Miami Gardens.

But, despite being outclassed in pure boxing terms, Paul claimed a moral victory by making it all the way to the end of their encounter.

The bout started slowly, but with Paul slowing toward the end of the fight, Mayweather started to load up on his shots in a bid to score a late stoppage.

But, despite connecting with some solid punches, none of Mayweather’s strikes unduly troubled Paul, who took the boxing superstar’s punches well to make it to the final bell.

And, after raising his hands aloft after going the distance, Paul sent a message to his doubters during his post-fight interview.

“S***, man. I don’t want anyone to tell me anything is impossible ever again,” he said. 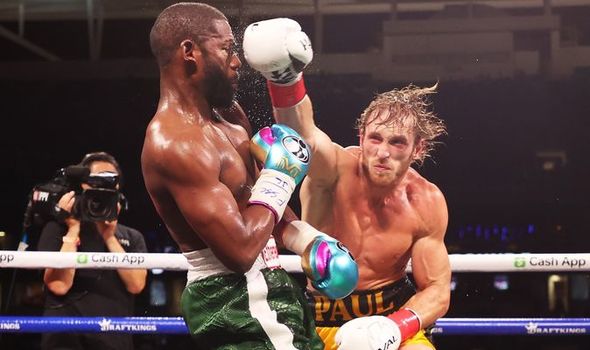 “The fact I’m in here with one of the greatest boxers of all time, proves that the odds can be beat.

“I’m ‘The Maverick,’. I go right when they go left, I’m the unorthodox one, I’m the independent one, and everyone has it in them, and everyone can beat the odds and do great things in life, and I want everyone to know that. That’s the message I’m here to say.

Paul then turned to his opponent and gave respect to Mayweather and his team as he heaped praise on the 50-0 legend.

“Floyd Mayweather, it’s been an honour,” he said.

“This is one of the greatest moments of my life. Damn, I’m happy.

He then admitted that he couldn’t be 100 per cent sure whether he got to the end of the bout through his sheer will and toughness, or whether Mayweather simply allowed him to.

“You never know with this guy,” he laughed.

“I’m gonna go home thinking, ‘Yo, did Floyd let me survive?’ He’s one of the GOATS, and in many ways he controls this sport to a tee, and that’s what makes him great. 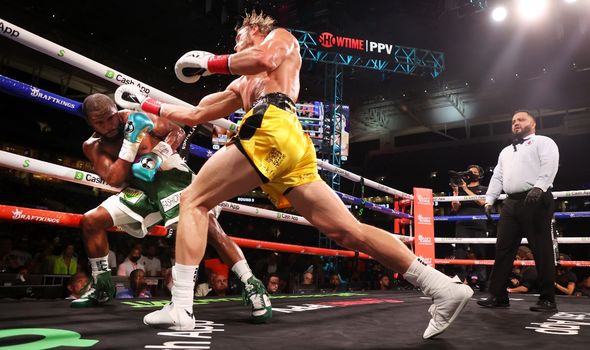 “It’s an honour to grace the ring with him. Man, I dunno.

Paul was then asked what he planned to do next, and he hinted at a possible rematch as he gave a tongue-in-cheek prediction of victory if they ever met again.

“I dunno, man. I’m probably going to go in the water, go to the beach, and raise my hands in the air,” he said.

“Let me get a little better and maybe I can end it next time!”