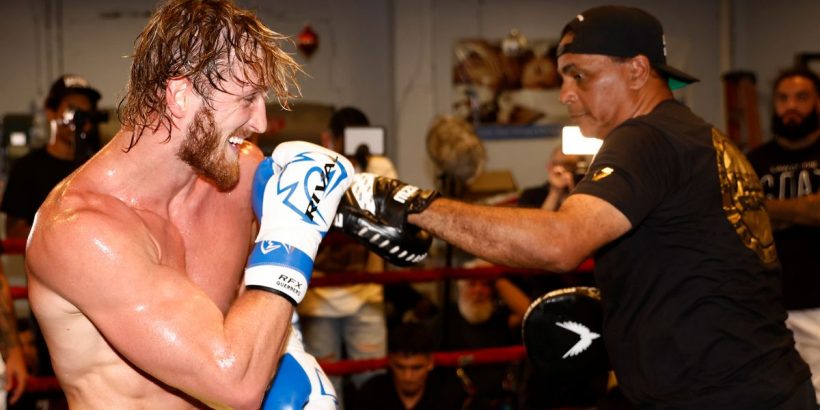 Logan Paul is eyeing another big-money exhibition fight after his bout with Floyd Mayweather – this time with UFC legend Conor McGregor.

Paul went the eight-round distance with Mayweather during their 'fight' last month in Miami and his coach Milton Lacroix has said he would like to do a similar event with McGregor.

The Irishman is currently preparing for a trilogy bout with Dustin Poirier on July 10 at UFC 264, with a lightweight title shot the reward for the winner.

But should he lose, the Irishman may well decide to head down the money-spinning exhibition route.

"We wouldn't mind going a couple of rounds with him, I mean just think about it, Floyd beat him up and knocked him out, so why not fight someone who went the distance in Logan?"

McGregor has only boxed professionally once, losing his debut to Floyd Mayweather which took the ring legend's record to 50-0.

He has also faced Olympic silver medalist John Joe Nevin in an exhibition bout at Crumlin Boxing Club, as well as amateur Michael McGrane, both of whom hewent the distance as part of the club's Christmas shows in 2018 and 2019.

And Lacroix believes that Paul is the more impressive boxer, saying that he could have beaten Mayweather if he held his nerve early, unlike McGregor who was stopped by the boxing star.

"If he'd have calmed down during the earlier rounds it would have been a different fight because when you see Logan really fight you're going to say 'wow, this kid can really fight," added Lacroix.

"If only he would have done that to Floyd, and that's what everybody's going to be saying, but listen 50 people tried before and 50 people got beat up and a lot of them got knocked the hell out.

Lacroix also floated the idea of a rematch with Mayweather, adding: "If Floyd wants to do it again believe you me we don't mind.

"If you feel that you knocked us out and beat us up let's get back in the ring and start all over again.

Paul claimed ahead of his bout with Mayweather that he would "hands down" beat McGregor if the pair ever shared the ring, and predicted he would perform better than the Irishman against boxing legend Floyd.

"I will say I was not impressed by Conor McGregor's performance," he told CBS Sports. "I truthfully believe that if you put him in here right now in a sparring session I'd beat him hands down.

"McGregor is an MMA fighter, he's ok, but he gets gassed easy, he just got his ass kicked by Dustin Poirier, like, he's ok."