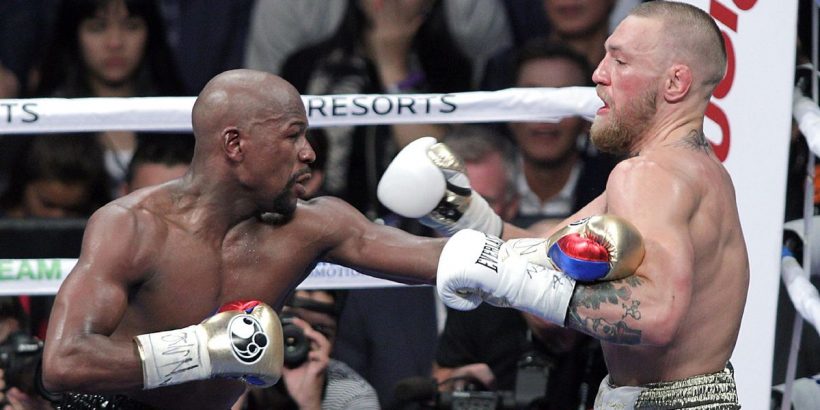 The eight-division world champion has not climbed through the ropes since summer 2019 when he outpointed Keith Thurman.

The 42-year-old missed out on fights with Mikey Garcia and Terence Crawford last year due to the coronavirus crisis.

Both he and UFC star McGregor both announced they had held talks over a boxing bout early this year but an agreement was not reached.

But despite McGregor returning to the UFC next weekend, Pacquiao insists he is his No.1 target.

"They're (Spence and Crawford) my options, but right now I want to experience fighting an MMA [mixed martial artist]," he said.

"I will also donate a big portion of my income to Filipino Covid-19 victims."

McGregor's only experience in a professional boxing ring came against Pacquiao's bitter rival Floyd Mayweather in 2017.

Mayweather stopped the Irishman in the 10th round to earn his 50th victory.

Since then McGregor has fought just twice in the cage, losing to Khabib Nurmagomedov before stopping Donald Cerrone last year.

And ahead of his return against Dustin Poirier on Saturday week, his manager confirmed his intention to fight Pacquiao.

"I definitely believe it's inevitable for 2021; both fighters want it, that's the key," Audie Attar told Dubai radio.

"You can't make something happen or orchestrate it or choreograph it – which is the buzzword of this interview – you can't fake that.

"If one side wants it and the other doesn't, it's not going to happen. But when both fighters want that fight to happen, why wouldn't it happen?

"If the fans want to see it – that almost guarantees that it's going to happen, right? As there's enough interest to develop something there."