This Saturday night in Boston was supposed to be a defining one for the most recent cohort of Sheffield’s fabled Wincobank Gym but everything changed, so the story goes, by the upwards ejection of a humble nasal spray.

The shop-bought liquid was said to have been laced with the banned, non-anabolic substance oxilofrine, and, when Billy Joe Saunders consumed it, so began a series of events which would lead to the cancellation of his anticipated WBO middleweight world title defence against Demetrius Andrade.

That clash was due to top the Eddie Hearn-promoted bill at Boston’s TD Garden this Saturday, but when the Massachusetts State Athletic Commission decided against licensing Saunders for the bout due to those findings in a test by the Voluntary Anti-Doping Agency, the undefeated 29-year-old left his Toronto training camp and headed home.

But Team Saunders did not depart en masse. With much work left to do, trainer Dominic Ingle and featherweight contender Kid Galahad, who also happens to be Saunders’ landlord, stayed behind in Canada.

That is because 28-year-old Galahad, real name Barry Awad, had also been preparing for the biggest fight of his life on the card as he takes on Liberia-born Toka Kahn Clary in a final eliminator for Josh Warrington’s IBF featherweight title.

“This is the breakout fight for me,” Galahad told The Independent.

“It’s a fight I have to win because all my dreams rest on this fight. It puts me in the line to fight for the world title – the one Carl Frampton and Josh Warrington will fight for in December. Winning this makes me the No 1 contender.”

You’d be forgiven for assuming, therefore, that the oxilofrine saga concerning Saunders might have made a damaging impact on the otherwise serene training camp overseen by Ingle.

“It didn’t really affect mine,” Galahad said. “It is what it is and that is a lot of BS.

“One organisation, Wada, says he’s not in competition and therefore allowed to take it. Then another, Vada says he is so he’s banned.

“But can you be in competition if you’re fighting in eight weeks’ time? How do you define it? Those two organisations can’t even agree.

“Plus the stuff that they’ve actually banned him for there’s a lot of bullshit around too. I could put caffeine into Google and it would tell me 100 benefits, burn fat, everything else.” 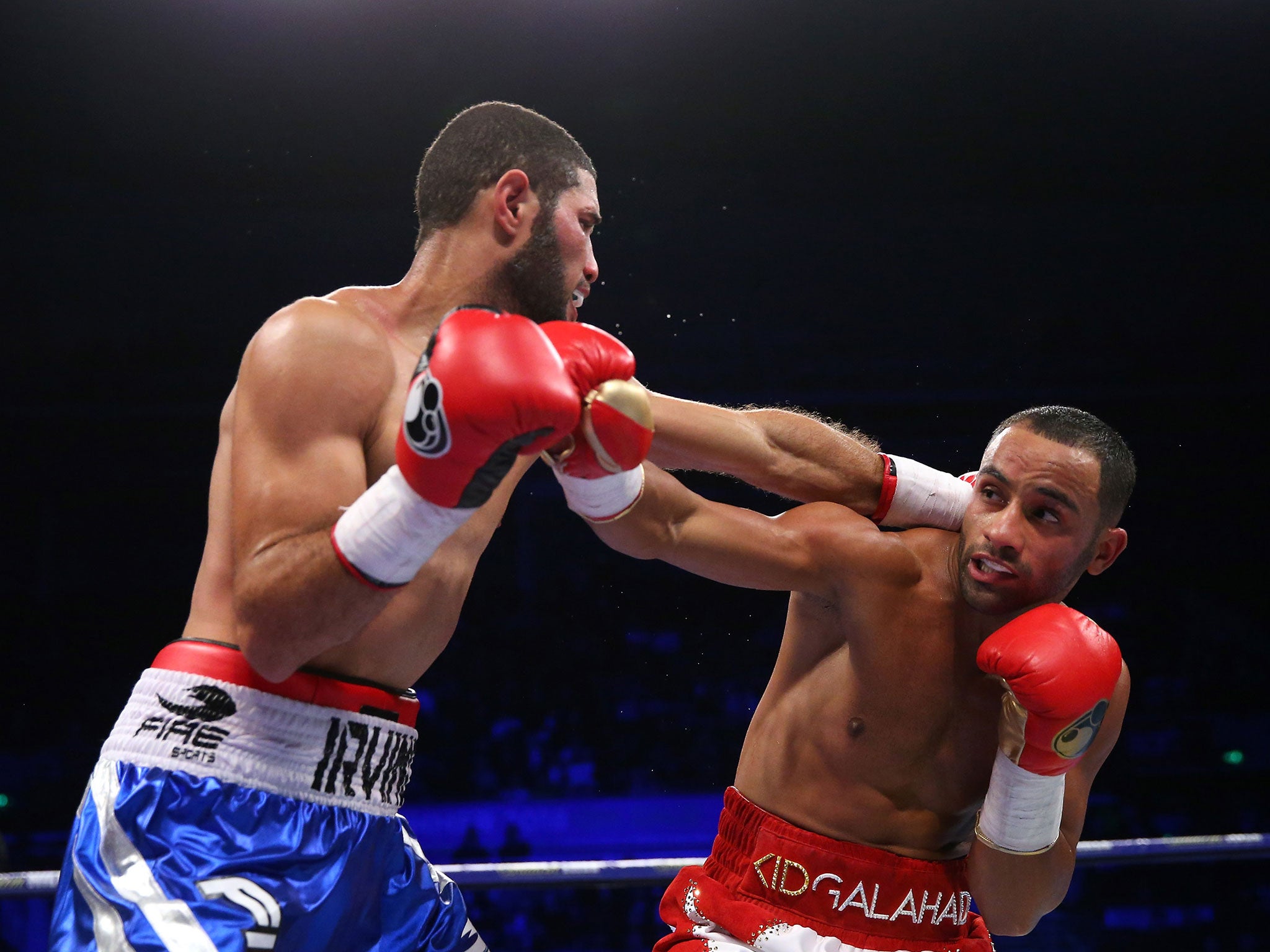 Galahad has forged a deep bond with Saunders ever since the Hatfield traveller upped sticks and set up shop in Sheffield last year.

In fact, when he is in camp, Saunders actually lives in the attic room at the top of what has become known as ‘The Galapad’.

“He was in my house actually when he got the news,” Galahad added. “He came running down the stairs and said ‘Barry, I’ve just been told I’ve failed a drugs test’. I said ‘you what?’ I’d never seen him like that before.

“We had never heard of oxilofrine before so we looked it up and just said ‘what that – what even is it?’ Then we looked on the nasal spray and that’s where it was. Obviously now we know he shouldn’t have taken it to avoid this whole mess.

“He should be here today but even after all of this he is in a good state of mind – 100 per cent. Let me tell you something about Billy Joe, man, mentally he is on a different level to most people.

“It comes with the territory and Billy Joe is used to it. If there is one person on the planet who can handle all this it’s Billy Joe. Sorry about the language but he doesn’t give a f***.

“If it wasn’t him, if it was someone else, it would break them but Billy Joe doesn’t break. You need a lot more than that to break him.” 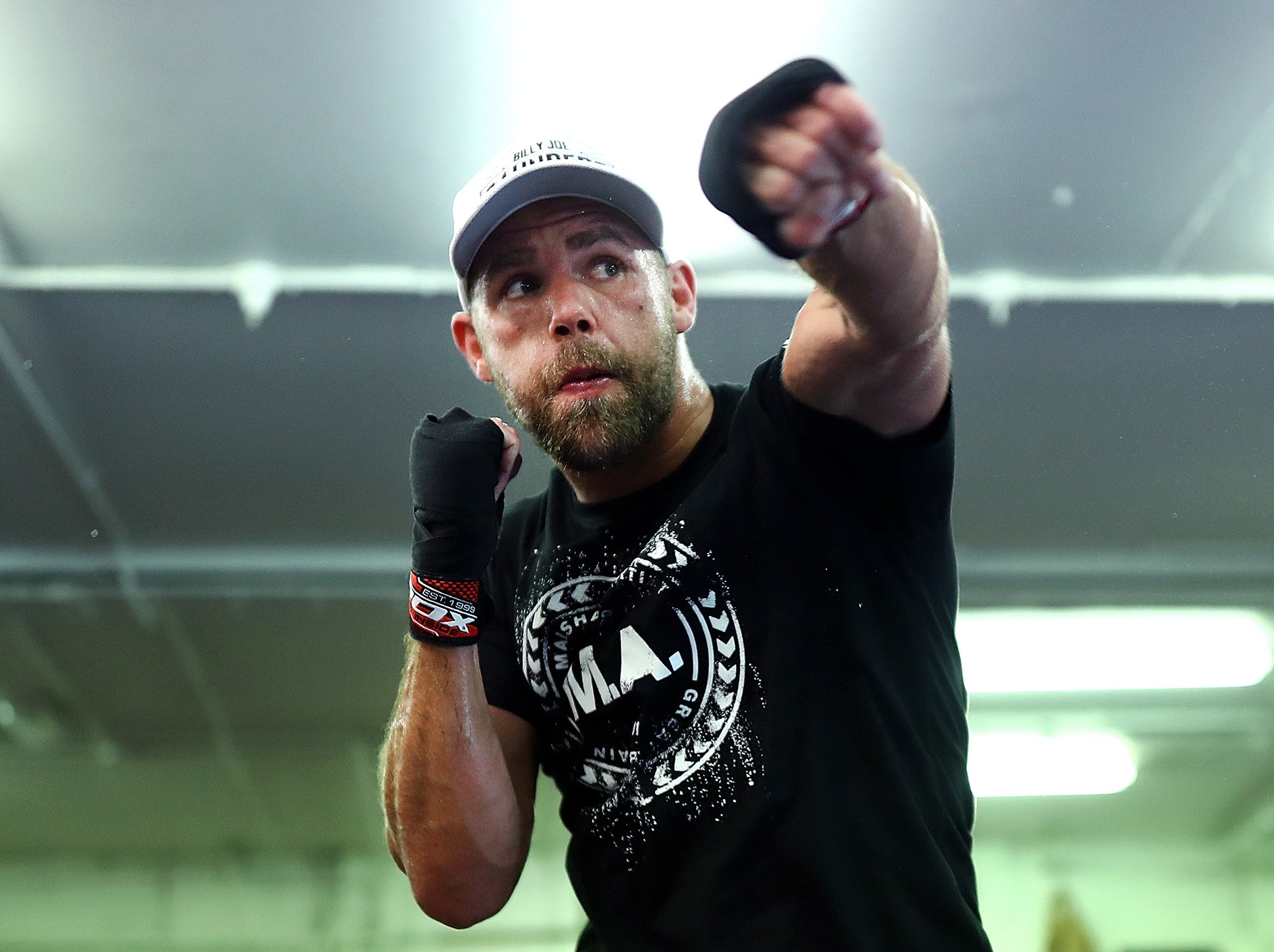 Galahad is no stranger to drug bans having tested positive for stanozol back in 2014. Although he insisted that a bitter family argument had provoked his brother to spike a protein shake with the substance, he was banned for two years under UK Anti-Doping’s strict liability policy.

That ban was later reduced by six months on appeal and he returned to the ring in April 2016. A fourth-round stoppage of a Lithuanian man called Simas Volosinas that night kicked off a run of six

inside-distance victories which has left Galahad now just one win away from a world title shot.

And Galahad, 24-0, is now the only Ingle boxer desperate to make a big impression this Saturday on the new streaming service DAZN in America and Sky Sports back home, where Saunders will be cheering on his friend.

“I haven’t always had the limelight,” Galahad said. “But that’s just how it goes. Not everyone can be under the spotlight, there’s not enough room.

“Marvin Hagler is from down the road from here and look at him – he didn’t get a world title shot until he had had 50 fights. It’s the way it is and I’ve just got to play the cards I’ve been dealt. 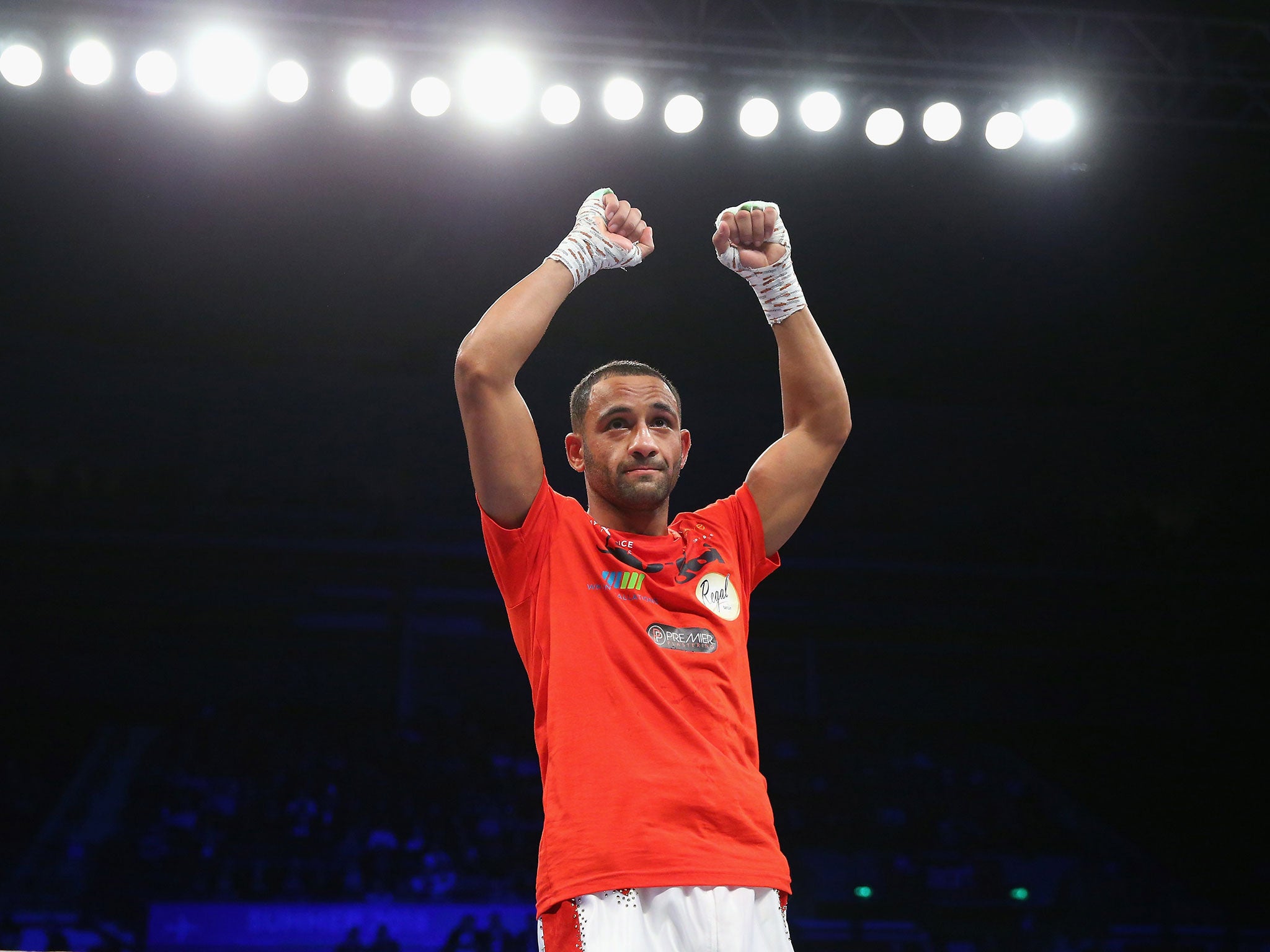 “But I’m very excited. The whole situation with this big card in Boston live on DAZN over here means it’s the perfect chance for me to make a statement.

“There’s no point being able to talk but then getting in there and stinking the place out. They want to see blood and drama. One thing about me is I bring plenty of both.

“When I get in there Saturday night, I’m going to win by any means necessary.”

Although presumably that will not include nasal spray.