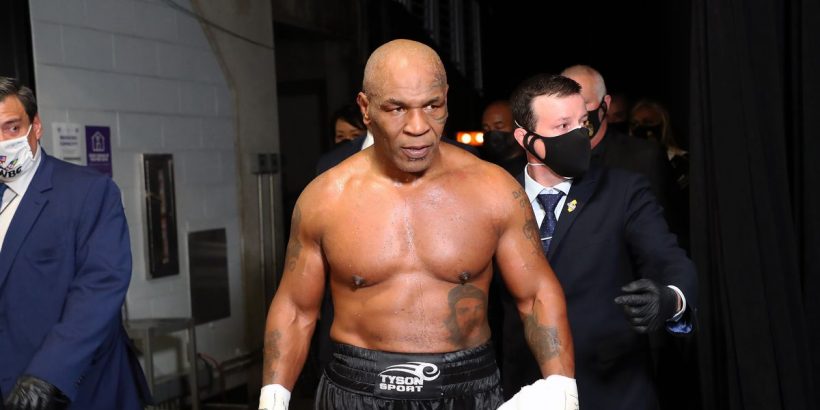 In a recent episode of his ‘Hotboxin’ podcast, Mike Tyson compared the use of steroids in boxing to “attempted murder.”

Pascal tested positive for four separate performance-enhancing drugs ahead of his rematch with Sweden’s Badou Jack, but has since claimed that he “didn’t intentionally take any.”

Despite only failing one drug test in his career, a positive test for marijuana in 2000, Tyson has previously admitted he constantly avoided drug tests throughout his stint as a professional boxer.

In his 2013 autobiography, Tyson claimed that to cheat on drug tests and hide whatever substances were in his body, he would replace his own urine with samples from his wife or child.

“It was awesome, man.

“I put my baby's urine in it. One time I was using my wife's [urine] and my wife was like: ‘Baby, you better not hope that it comes back pregnant or something.’

“Because I got scared that the piss might come back pregnant. That was what I was afraid of. I guess I heard of this happening because I was afraid of that.”

Who do you want to see Mike Tyson face next in the boxing ring? Let us know in the comments section below.

However, Tyson appears to have changed his stance on drug cheats and recently likened using performance-enhancing drugs in boxing to “attempted murder.”

"I'm not against steroids or none of that stuff because everybody's using it right," Tyson claimed.

"But it shouldn't be used in sports where people are physically fighting.

“If you want to run fast or swim faster, anything except physical confrontation.

"It's criminal. You're going to hit a man, that's attempted murder."

Tyson’s comments are similar to those made by promoters Eddie Hearn and Bob Arum, and famed trainer Freddie Roach, who all condemned former heavyweight contender Jarrell Miller after his string of positive test results in 2019 and 2020.

Hearn claimed Miller’s 2019 positive test, which ruled the American out of his heavyweight title fight against Anthony Joshua, was “probably the most extensive case of cheating we have ever seen.”

The promoter continued: “I am disgusted that someone would try and take these lengths and gain these edges in a physical fight.”

Tyson Fury's co-promoter Arum claimed Miller would never fight on another Top Rank card following his 2020 positive test prior to his bout against Jerry Forrest.

"I look at it this way,” Arum started.

“If a fighter takes performance-enhancing drugs getting ready to participate in a fight, then I look at it as attempted murder.

“If he somehow evaded the test, he would go in the ring seriously compromising his opponent and I believe that would be attempted murder."

Roach, who previously trained the legendary Manny Pacquiao also described Miller’s actions as criminal in an exclusive interview with Starsport.

"I still say that it's attempted murder, they should be banned for life.

"If the ban was stronger, nobody would do it. Let's face it, the ban isn't strong enough.

"He should be banned for life. This is combat sport, it is attempted murder. You can kill somebody out there."