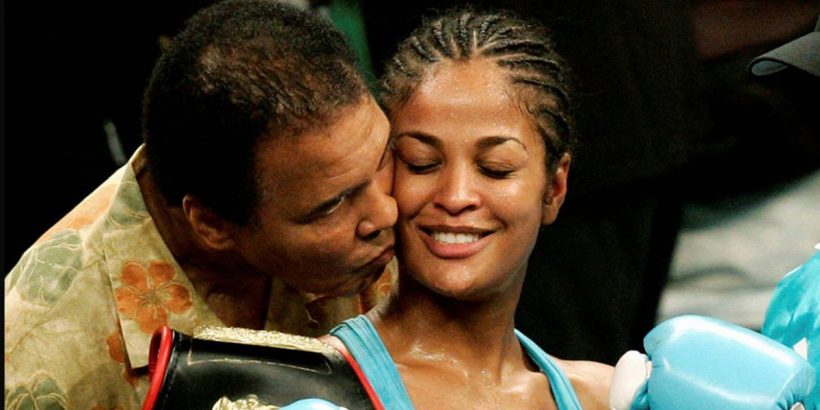 Women's boxing could have been robbed of one of its most famous talents if legend Muhammad Ali had his way when daughter Laila first considered a future in the sport.

The former world heavyweight champion—who died in 2016—won Olympic gold in 1960 at 18 years of age, then embarked upon one of the most illustrious careers in all of sport. Nonetheless, Ali didn't want his children to mimic his move into boxing and didn't believe the sport was suitable for women.

Laila—his youngest daughter and the youngest of all Ali's biological children—ignored the warnings and eventually proved otherwise, retiring with a perfect 24-0 record in 2007. The 44-year-old was recently named as an inductee into the International Boxing Hall of Fame but opened up about her father's concerns.

"I can remember back when my own father told me not to do it, it's not for you, it's not for women, didn't want me to do it," recalled Ali during a recent interview with Showtime Sports. "A young girl, 18, with your father, 'The Greatest', telling you 'Don't do it!'

"So it took a lot of courage, and I look back now, of course he apologised later and said 'I was wrong.' So that was amazing and I would have loved for him to have been here—but I know he's in heaven watching down, really proud, so I'm happy."

It's just as well 'Madame Butterfly' didn't heed her father's calls considering her exploits inside the ring. Laila Ali made her professional debut in 1999 and captured the inaugural IBA super middleweight title in less than three years.

Who do you think is the best women's boxer of all time? Let us know in the comments section.

She went on to add the WIBF, WIBA and WBC super middleweight belts to her collection at different points across her eight-year career. She also stepped up in weight to claim the WIBF light heavyweight title in 2004 and retired having gone to a decision just three times in her 24 outings.

While the progeny of boxing's biggest name will inevitably draw links with 'The Greatest', Laila insisted she never saw a move into the sport as following in Ali's footsteps. In fact, it wasn't until she saw icon Christy Martin fighting Deirdre Gogarty in 1996, aged 18, that she realised boxing was for women, too.