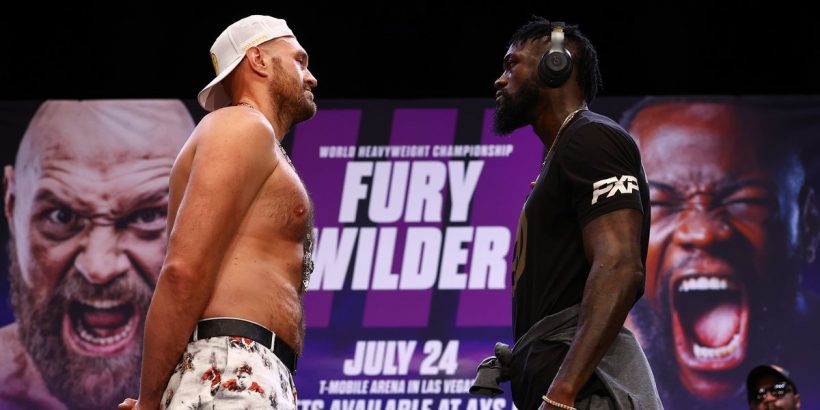 The bout was originally scheduled for July 24 but has now been put back to October 9.

The Matchroom Boxing promoter claimed that the ticketing situation was dire ahead of the fight, with only '25% to 30% of tickets sold' for the clash at the T-Mobile Arena in Las Vegas.

And with his vocal opposition to the fight joining several others after talks for an undisputed fight with Anthony Joshua broke down, Hearn has labelled the fight as 'disastrous'.

“There was no broadcaster in the UK announced. You know he has a contract with BT? They never announced the fight. They sold no tickets," he told the DAZN Boxing Show.

“Basically, you could go online and check. I don’t know whether it was 25% or 30% of the tickets have been sold, but that’s disastrous. There was no hype. This was going to do very, very poor pay-per-view numbers.

"The whole thing stank, it is so disjointed everywhere, you have about eight people working on the fight who don't like each other.

"It's very strange for them to say it's now happening in October, especially if Bob Arum is saying Fury was vaccinated."

Tyson Fury defeated Deontay Wilder comfortably last time out, with an explosive stoppage victory over the American and it was then ruled in the contract to complete the trilogy with 'The Bronze Bomber' derailing any hopes of a mega-fight between Fury and British rival Anthony Joshua.

But after Fury tested positive for coronavirus they were left with no option but to put the fight back.

Reports have since also emerged that Fury rejected his second coronavirus vaccine, to try and prevent the side effects from causing any issues in the preparations for his ring return.

But the lineal heavyweight champion has since been spotted posing for pictures with fans in Las Vegas, amid doubts being raised over the financial security of the fight.

Despite the collapse, his chances of facing Anthony Joshua in the near future are slim, with the Briton set to face Oleksandr Usyk at the Tottenham Hotspur Stadium on September 25.

Usyk has made the switch up to heavyweight in the past year, and it will be his second fight challenging for the unified heavyweight crown at the higher weight since defeating Dereck Chisora back in October 2020.

It has been reported in the past that Fury's next three fights will aim to be getting beyond the Wilder trilogy, facing Anthony Joshua and then finalising the shortlist with an MMA crossover event with Francis Ngannou.