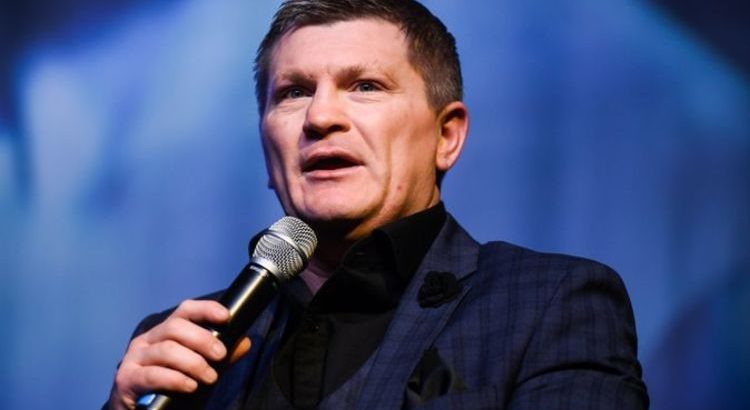 Ricky Hatton has fired a warning to Anthony Joshua over his potential rematch with Oleksandr Usyk. Joshua, 31, was left stunned at the Tottenham Hotspur Stadium last Saturday as the Ukrainian produced a masterful display to take the WBA, IBF, WBO, and IBO heavyweight belts.

The result all but scuppers Joshua’s hopes of his next fight being a long-awaited showdown with fellow British fighter Tyson Fury, and he has already stated his intention to invoke his rematch clause with Usyk, 34.

Former professional boxer Hatton, 42, admitted he was left “gutted” by the result, but was also full of praise for Usyk as he outlined his fears for Joshua second time round.

Writing in his column for the Metro he said: “He (Usyk) maintained it from start to finish and I think in the last round when he put his foot on the gas, he was saying to AJ: ‘This still isn’t my best. I’ve still got some more to come here.’

“It was a bit of a warning there for AJ for this rematch. ‘Look what I can really do when I put my foot down.’ Which is a very worrying sign for AJ.”

Hatton thinks Fury, 33, will also be disappointed at the outcome, with his proposed bout with Joshua already having been delayed once this year after a court ruled he had to face Deontay Wilder in their trilogy fight first. That clash takes place in Las Vegas on October 9.

“I think Tyson will be a bit surprised but not shocked with what happened,” Hatton said. “I think we all knew that anything could have happened that night. They were both capable of knocking each other out and outpointing each other.

“Because we all wanted the AJ vs Fury fight next, we were all a bit disappointed when Usyk won but ultimately, Tyson will be sat there now saying fair play to Usyk. You have to give the credit to him. How can anyone sit back and not say anything other than what a performance from Usyk.

“And privately, Tyson will be doing the same.”

DON’T MISS:
Boxing at Rio 2016 was rigged, probe confirms
Eddie Hearn warns Anthony Joshua’s rival Tyson Fury ahead of Deontay Wilder trilogy
Mike Tyson warns Deontay Wilder he has no chance vs Tyson Fury if he does not do one thing

Hatton still backed Joshua to recover from his latest setback, but thinks his second career defeat is a real blow to British boxing fans.

“I am genuinely gutted. We as British fight fans wanted to see AJ get the win. He has done the country so proud, he is a lovely fella.

“Tyson is my mate and he’s gone through so many bad times I want him to get to the very top and getting those two in the ring was the one we as fight fans wanted more than anything. So I do feel for AJ. He is a good man.

“Joshua vs Fury would have been their defining fight. Although AJ’s career isn’t over yet – far from it – that is the fight we all wanted.”

Hatton was at least able to celebrate one victory last Saturday night, after son Campbell recorded another win against Sonni Martinez.

Not without controversy however, after Hatton was elevated above former super-middleweight world champion Callum Smith on the undercard of Joshua’s loss to Usyk.

The 19-year-old appeared to be outboxed for most of the six-round contest, but was dubiously awarded the decision.