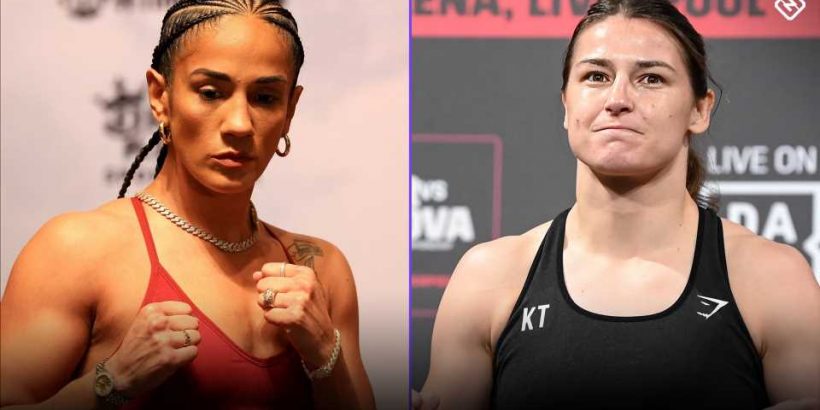 One of the biggest fights in boxing is in the final stages of being approved. Mike Coppinger of ESPN reported that Amanda Serano and Katie Taylor are finalizing contracts to fight one another on April 30 and would be held at Madison Square Garden.

A clash between the two would not be in the Hulu Theater. On the line would be Taylor’s WBA, WBC, IBF, and WBO lightweight titles. Matchroom Boxing’s Eddie Hearn told The DAZN Boxing Show that “we’re on the brink now” of the clash coming to fruition. He also praised Jake Paul, who has partnered with Serrano, for helping get this fight moved closer to the finish line.

“Jake Paul has done a brilliant job for her [Amanda Serrano]. He’s massively increased Amanda Serrano’s value,” Hearn stated, via DAZN. “She deserves this, the price that was offered three years ago, that’s not the price anymore. As they say, yesterday’s price is not today and Jake Paul’s a massive reason for that. “Female boxing doesn’t get any bigger than this fight. I mean, in a way I want to stop saying ‘this is the biggest fight in female boxing.’ This is one of the biggest fights in boxing.”

Boxing Scene also reported that two more female title fights are expected to be booked on that card.

This fight would be the second time the two attempted to fight one another. Serrano and Taylor were set to clash back in 2020. The pandemic altered those plans, in addition to a change in booking due to Serrano filming a Telemundo show. Hearn threatened legal action due to the conflicting schedule of the two events. There was also a debate regarding what the fight pay would be.

Taylor, 35, made her pro debut in 2016. A 2012 Olympic gold medalist, Taylor won the WBA lightweight title in 2017. She then beat Victoria Bustos in 2018 for the IBF title, Rose Volate for the WBO title, and Delfine Persoon back in 2019 for the WBC and The Ring titles. Taylor won three fights in 2021. Her last bout was a unanimous decision win over Firuza Sharipova in December.

Teaming with Jake Paul and Most Valuable Promotions, Serrano has appeared on almost every Paul-led card. Now, Taylor and Serrano will look to take the lead and main event inside one of the most famous venues in sports history.