Tony Bellew and Oleksandr Usyk gave fans an early glimpse of their skills during open workouts ahead of their cruiserweight showdown.

Both the ‘Bomber’ and his undefeated Ukrainian opponent took to the ring at the National Football Museum in Manchester.

If Bellew looked razor sharp in the ring, he was even more pointed on the mic, pledging to break Usyk’s heart. 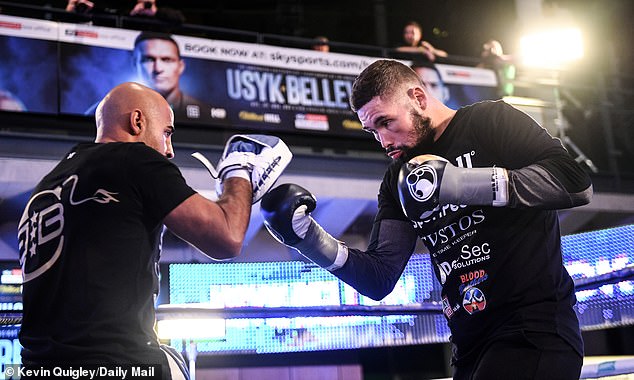 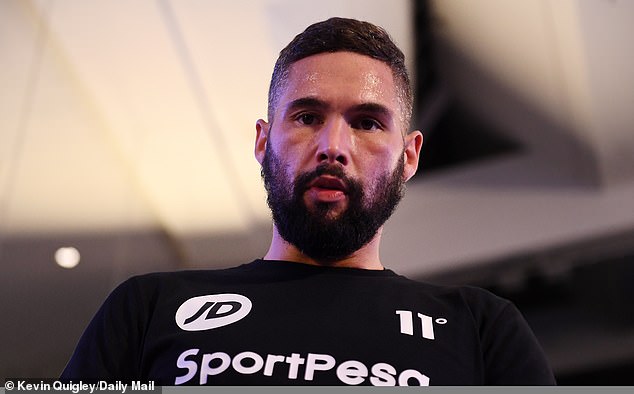 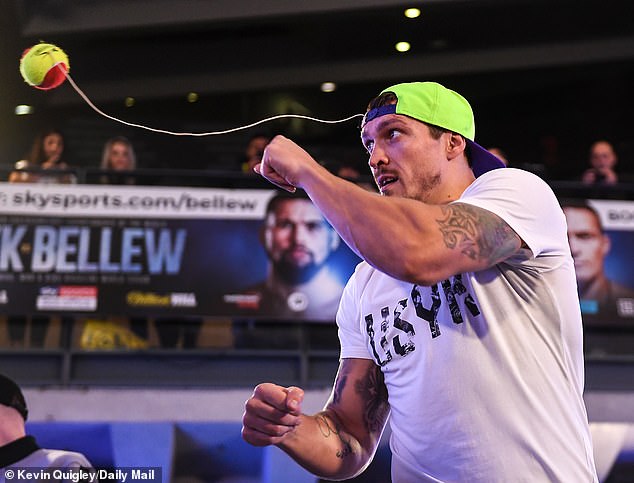 He told Sky Sports: ‘I’m looking forward to Saturday, he (Usyk) is an exceptional champion and I’m so happy we’ve made the fight, this will be one of the best and most brutal fights you’ve ever seen.

‘I’ll punch him in the face. There’ll be blood and pain and them four belts are coming home with me.

‘I genuinely believe I will break his heart and find a way to get past him.

‘Usyk is exceptional, brilliant and an elite fighter, he’s done something no-one has ever done before and won everything possible from the amateurs to the pros.’ 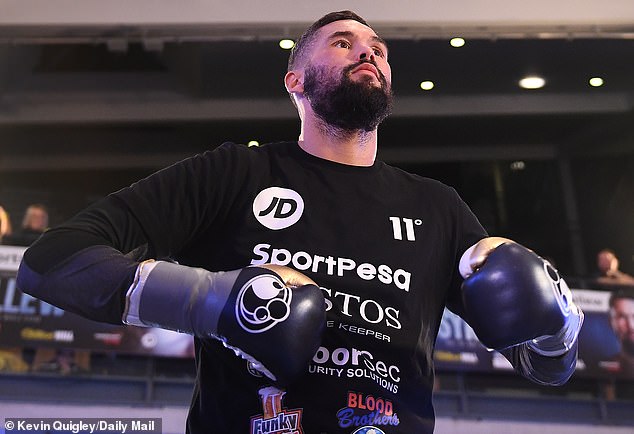 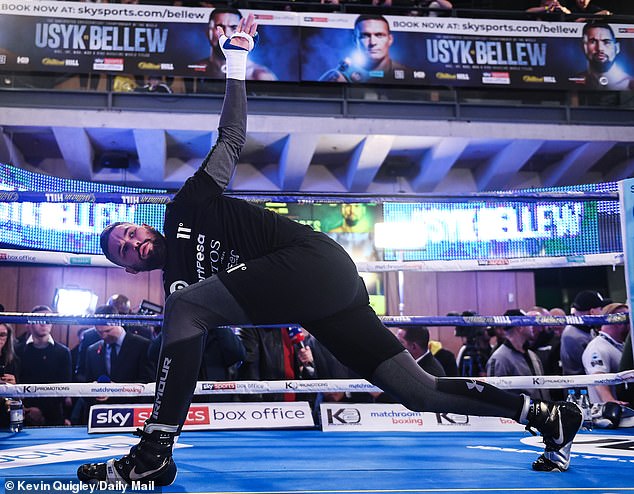 Usyk also showed off his skills as he honed his hand-eye coordination.

The 31-year-old punched a tennis ball connected to some elastic fixed to his cap and seemed to relish exhibiting his punch variety.

The southpaw boasts 11 KOs from his 15 fights and comes in as favourite against Bellew, who is accustomed to the underdog tag.

‘In every single defining fight I’ve been in, I’ve always been the underdog, it doesn’t bother me. I don’t feel any pressure,’ he concluded. 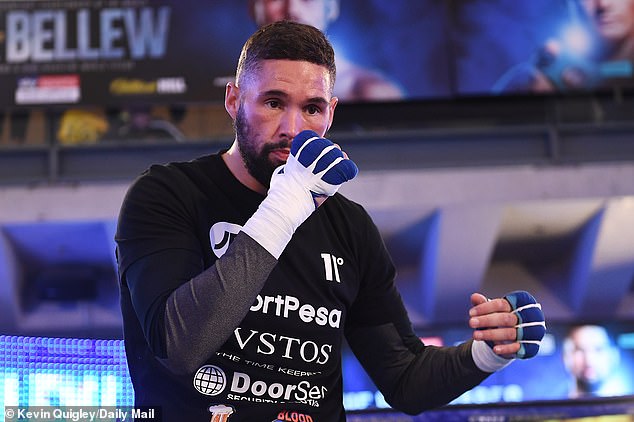