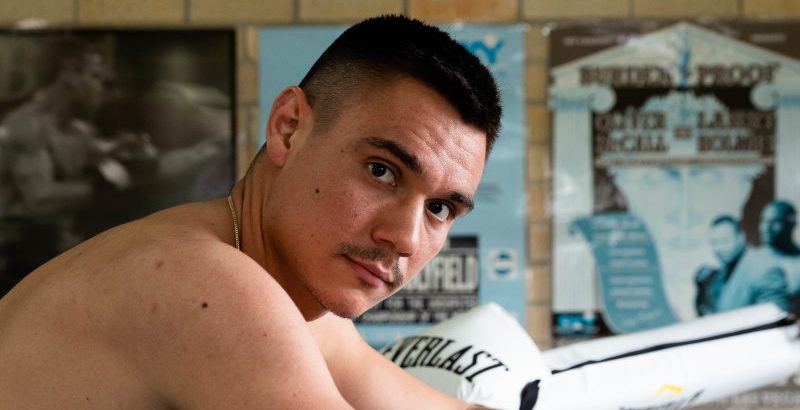 Even if his handlers were able to secure a world title shot in Australia, Tim Tszyu would knock it back in order to make a statement in America.

Tszyu will be a ringside guest at the Dignity Health Sports Park in Carson, California, for the rematch between Jermell Charlo and Brian Castano on Sunday [AEST]. The winner will emerge as the undisputed super-welterweight champion, with Tszyu positioned as the first in line to contest for their WBC, WBA, IBF and WBO belts.

Tszyu has already made an impression on the locals during his American debut, when he climbed off the canvas in round one to register an emphatic points victory over the respected Terrell Gausha in Minneapolis in March. The 27-year-old enjoyed the experience so much that he wants his world title fight to be held in the United States, even if his promoters are able to secure the event in Australia.

“If the boys try to convince me to fight here, I’m going to tell them that I want to go there,” Tszyu told The Sun-Herald. “America is so big, the land of opportunities and dreams is endless. One-hundred thousand pay-per-view buys here in Australia is massive, a massive fight. One-hundred thousand in America is dog shit. So you can’t even compare.

“If you become a pay-per-view star in America, you’ve made it worldwide. The money, the status, everything triples. I’m in this game for a little bit, so I have to make the most of every opportunity. I’ve got to fight in places where I can only dream about. One day I will retire and will be living here in Sydney, kicking back. I’ll be able to talk about the things I did in my life.”

Tszyu expanded his fan base with his entertaining win against Gausha in Minneapolis. It was a result achieved despite an illness in the lead up and hand injuries he sustained in the opening rounds that were so severe that he had to undergo surgery to both of them last week. 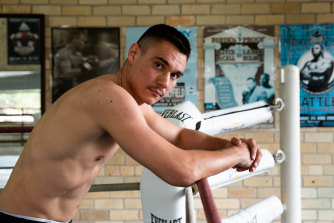 Tim Tszyu wants to become a star in the United States with a world title bout against Jermell Charlo or Brian Castano.Credit:SMH

“Everyone is interested, everyone is pumped,” he said of the reaction in America. “You’ve got guys like Errol Spence Jnr [a unified welterweight world champion] talking about the fight, all those boys who are up there all watching the fight and talking about it. We don’t have that here in Australia when I was fighting Aussie fighters. I need to be there.”

Asked where he wanted to fight next, the man dubbed The Soul-Taker replied: “Preferred venue – Vegas man!”

The operation will prevent him from punching for two months, but believes he will be ready to return to the ring as soon as the winner of Charlo-Castano is ready for their title defence.

“It wasn’t a major surgery, just a cleanup,” he said. “I had a great hand surgeon in Dr [Damien] Ryan, the best in the business, who cleaned it all up. It wasn’t too bad but there’s no way I was able to punch with tendons like that.”

Tszyu intends to make his presence felt while in California for the Charlo-Castano festivities. It will give him a chance to eyeball the combatants and deliver a blunt message about what awaits them.

Tszyu’s preference is for Charlo to win so that he can take on the cocky American, who has constantly taunted him as “Tim Kostya Tszyu”. Tszyu has taken exception at the sledge, prompting him to respond with “Call me by my name mother—–” after he defeated Gausha.