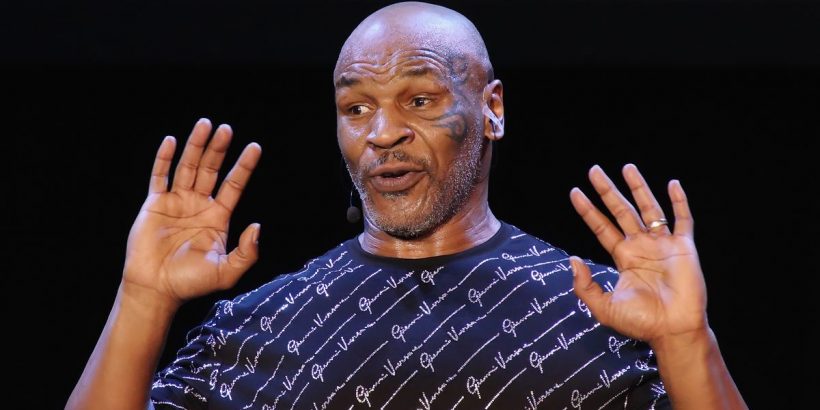 Mike Tyson and Floyd Mayweather were thrashed to the title of world's sexiest bald man, in a study conducted by cosmetic surgery specialists Longevita.

The former fighters might be renowned as two of the best boxers that have ever been seen.

But the pair of punchers have had to settle for second and sixth in a list of the top 10 sexiest bald men.

Reigning supreme is Prince William, who blew away the rest of the competition, that includes Jason Statham, John Travolta and Bruce Willis.

Researchers found that the Duke of Cambridge was described as "sexy" an astonishing 17.6 million times in blogs, reports and pages found in Google searches.

Iron Mike takes home a respectable second-place medal with the 54-year-old achieving nearly half of his royal rival with 8.8 million mentions.

While The Transporter and Crank movie star Statham trailed behind in third with 7.4 million.

You would have to go all the way down to sixth to find Mayweather, though, who has less than half of Tyson's total.

The 44-year-old sits behind the likes of Pitbull and Michael Jordan, totalling a number of 4.3 million mentions on the internet.

Just missing out on the list was Russian president Vladimir Putin, who had 2.2 million results, losing out to Vin Diesel who scraped into the top 10 with 2.3 million.

Beating him to ninth is his Fast & Furious film pal Dwayne 'The Rock' Johnson, who first rose to fame through WWF.

Despite landing top spot, Prince William was not always follically-challenged.

The heir to the throne only started to lose his hair in his 20s despite his father being known for his full, thick hair.

A spokesman for Longevita said: “There are quite a few bald public figures we can feast our eyes on.”