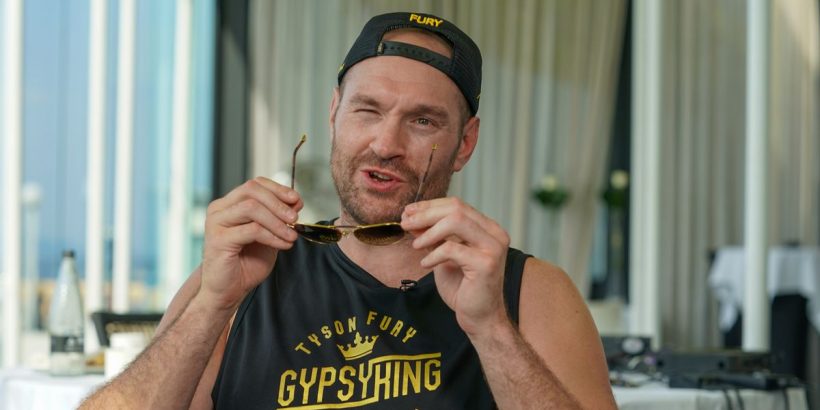 The Gypsy King is preparing for his trilogy bout against Deontay Wilder as he looks for a clear path to take on fellow British heavyweight Anthony Joshua.

But Whyte, whose last fight saw him beat Alexander Povetkin for the WBC Interim belt, made his claim for a bout against the 33-year-old and called him a “coward”.

The Body Snatcher took to Instagram on Wednesday evening to express his anger that Fury has supposedly dodged previous attempts to face him.

"This clown was ordered to fight me twice and refused to take it," wrote Whyte to his 437,000 following.

Whyte also posted a video of Fury from his pre-fight press conference while making a reference to the boxer’s use of cocaine during his absence from the spot between 2015 and 2018.

“I see @gypsyking101 is back on the white lines again #DONTDODRUGS,” the Body Snatcher wrote as the Gypsy King claimed he would “splatter” AJ.

Do you think Tyson Fury should fight Deontay Wilder? Let us know in the comments section.

But the Gypsy King has now bitten back in a typical cheeky fashion.

Writing to his 1.8m followers on Twitter, the Mancunian's banter reply read: “It's ok I’ll give you a small payday before I KO you, then it will be back to selling coke for you, dosser.

“I got a real fight to do first! then I take you as a keep busy fight, bum. I can beat you with one hand behind my back.”

Whyte has a fight scheduled for the end of October at the O2 Arena as he looks to defend the WBC Interim belt.

But Fury is expected to have his eye on AJ, who will defend his WBA, IBF, WBO and IBO heavyweight titles on September 25 against Oleksandr Usyk.