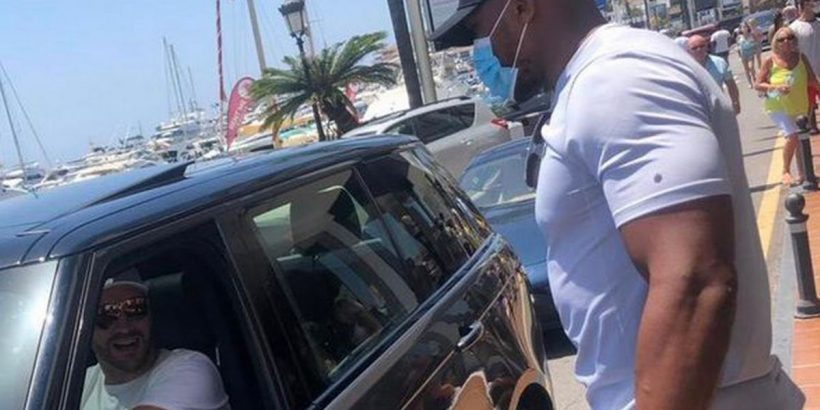 Tyson Fury has explained how Anthony Joshua recently called him up in an effort to "bully" his rival after the pair's summer fight date was cancelled.

Fury and Joshua share a heated rivalry but have yet to fight due to a number of issues that have stopped the undisputed title fight happening to date.

And the Manchester native has told of how Joshua recently called him in a rage after the pair's scheduled August 14 fight night was indefinitely postponed due to a legal issue.

Fury was asked if he had encountered the 'real' Joshua, having previously claimed that his heavyweight rival was playing a fake character in public.

“I have definitely encountered the true Anthony Joshua," Fury told The Lowdown. "He's not a nice person, he's sort of a bully.

“He's someone who thought he was gonna put the bluff on me. That’s what type of person he is – I once had the opportunity to see the real ‘Femi’."

“He phoned me up one day in a mood to say he was gonna do this to me and do that to me," Fury continued. “It didn’t fare too well for him, let’s just say that – just out of the blue, he decided to give me a call, a telling off call.

“I don’t think he liked what he heard on the end of it, there’d be no telling me off anyway.

Fury and Joshua have called one another over FaceTime in the past, including while Fury was filming for an ITV documentary.

And they had a fight arranged for Saudi Arabia this summer, that would have paid both men tens of millions of pounds for an undisputed title fight.

Who wins, Joshua or Fury? Let us know in the comments section!

However, after Deontay Wilder brought forward arbitration to demand a trilogy bout with Fury, the event was scrapped in favour of a July 24 fight between Fury and Wilder.

But that was also ultimately cancelled after Fury's camp fell victim to a coronavirus outbreak that saw him infected with the disease, as well as his sparring partners and coach Andy Lee.

The Vegas fight night was instead moved to October 9, where it is now expected to take place at the T-Mobile Arena in Las Vegas.

Fury will be heavily favoured to beat Wilder, after brutally stopping him in their February 2020 rematch, which was necessitated by a very controversial draw, in which he outboxed the American despite being dropped twice.