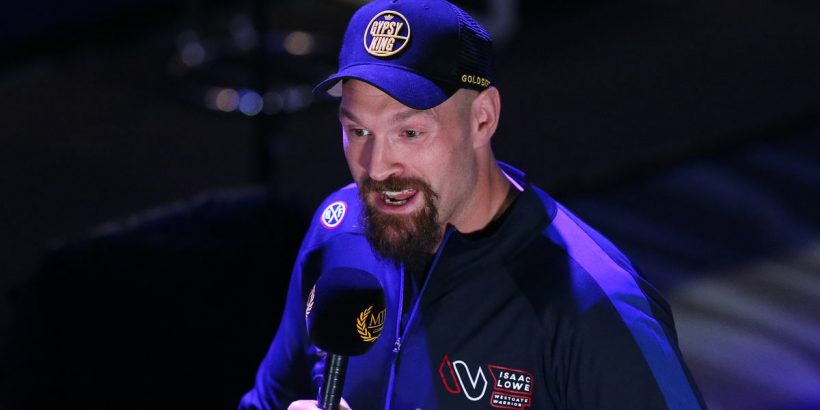 Tyson Fury has hit Anthony Joshua with a new ultimatum over their undisputed heavyweight title fight – threatening to walk away if he doesn't hear news on a deal by Tuesday.

Fury last week tweeted that they were three days away from a deadline to make the first of their two fights, with the WBC champion becoming increasingly frustrated over delays in negotiations.

That date passed on Saturday – and 'The Gypsy King' has now set a new cut-off point with the boxing world clamouring for the unification clash.

"If I don't hear anything by Tuesday, I'm just going to move on because it's been a long time in the making," Fury told the Behind the Gloves podcast.

'It was June last year when I did that video when I said I had agreed terms with Joshua. Like we both agreed to fight each other, but I've got to fight Wilder first. That was a year ago."

Despite his growing frustration, Fury is still confident a fight will happen this summer against WBA, IBF and WBO champion Joshua – with a potential date of July 24 having been touted.

"There are a few offers on the table from a few different countries which is good news," said the 32-year-old.

"I've always been sceptical but I'm told there are a few offers from some major players.

"Saudi is involved, I'll say that much but there are also some dark horses involved that I didn't think would be interested but who have offered some serious money.

"I'm very excited to get this fight and make it happen; I want the fight and he wants the fight. We're going to lay it all on the line for the fans.

"It's two heavyweight champions from Britain going head to head in a mammoth, mammoth fight."