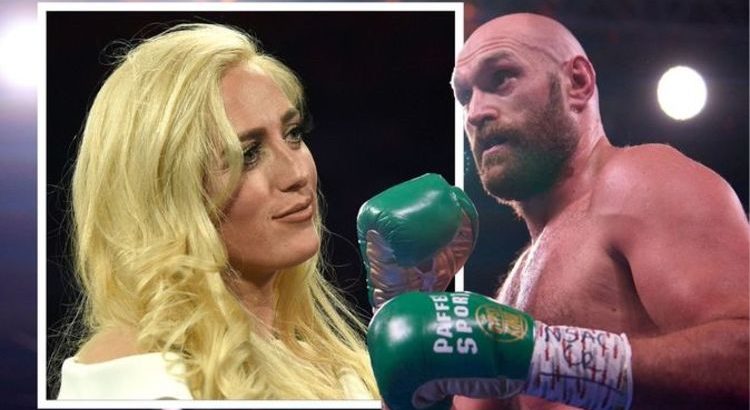 Where does Tyson Fury’s win leave the world heavyweight scene?

Paris Fury has vowed to always be by her husband Tyson’s side when he fights – despite admitting that she hates to watch him in action in the ring. The mother-of-six said it is “horrible” to watch the heavyweight champion get punched in the face by other fighters, but feels she needs to always be ringside in case “something goes wrong”.

The pair have been together since they were teenagers and married young, with Paris supporting her husband ever since while he lives his boxing dream.

Whenever Tyson Fury is in a boxing ring his wife can be found nearby, cheering him on through the good times and the bad – including at his latest successful title defence against Deontay Wilder in Las Vegas.

Paris admits it was a lot more fun for her at the beginning of his boxing days, when no-one he faced was good enough to lay a glove on him.

But now he is regularly facing the best fighters in the heavyweight division, she has had to learn to accept that she is going to see him take a lot more blows to the face.

JUST IN: Joshua slammed by Whyte for ‘letting idiots tell him what to do’

“I hate it, I’ve got to be truthful, that’s the flat out answer,” she told TalkSPORT.

“When Tyson used to fight at the beginning it was more of a novelty as Tyson never got punched.

“If you look at Tyson now, he still has a straight nose, for boxers that’s pretty rare!

“And as the years went by and he fought the higher opposition, then he’ll get hit back.

“And that’s when it became horrible. It became not nice to watch.

“And I have said to Tyson in the past, ‘Do you not think you should leave it now? Do you not want to stop now?’

“But, on the other hand I know it’s his love and his passion and it’s what he wants to do most in the world.”

Paris has the extra responsibility of caring for their six children while Tyson is away at training camps to prepare for a big fight.

But despite that and the fact she hates to see her man get punched, she feels she has a duty to be there at every single bout.

“I support him but I don’t enjoy it, I hate being there, but on the other hand I feel like I have to be there,” she added.

“I feel like if I’m not there, and what happens if something goes wrong and you’re not with him. So that’s the brutality of the sport and that is the fact of it.

“You really are taking your life in your hands every time you go in there and unfortunately, that’s what he loves to do and that’s just his passion in life, so I’ve got to support him for it.

The next time she sees her husband in the ring, it is likely he will be joined by fellow Briton Dillian Whyte, who will become mandatory challenger if he beats Otto Wallin.

That bout was due to take place this weekend, but has been delayed after Whyte suffered a shoulder injury in training.

After that, Fury is expected to take on the winner of the rematch between Anthony Joshua and Oleksandr Usyk in a bid to unify the heavyweight division.