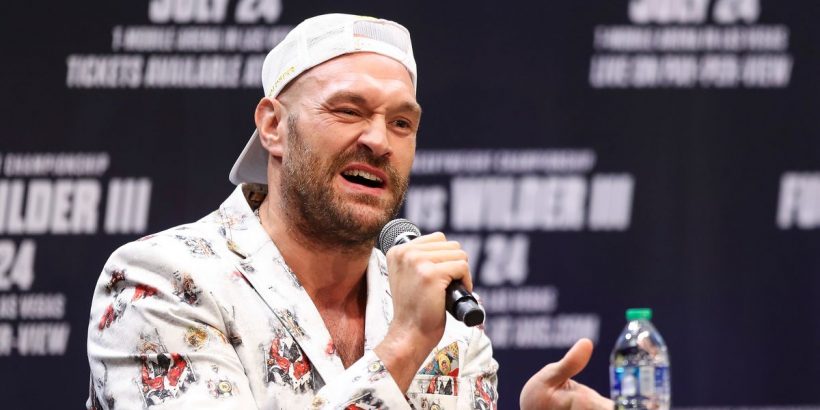 Tyson Fury has slammed the jealousy of those in the boxing community towards American brother Logan and Jake Paul as the YouTube stars continue to make money in boxing.

Logan Paul turned professional in 2019 and despite being winless, survived eight rounds against legendary fighter Floyd Mayweather in an exhibition bout in June this year.

His younger brother Jake is 4-0 as a professional and has built an impressive portfolio of pay-per-view sales despite not yet fighting another boxer in his four bouts.

His wins have come against two former UFC fighters, a retired NBA basketball player and another YouTuber. Speaking to iFL TV, WBC Heavyweight champion Fury said: "A lot of people say all this YouTube stuff is crap and they don't want to see all these people in boxing.

"But I'm the heavyweight champion and the best fight that has ever lived and I like to see these YouTubers fight. I like to see it because it brings millions more eyes to the sport where I'm the master at.

"And just like the general people, who would never watch boxing, watch it because of the YouTube guys, Love Island and TikTokers.

"The more eyes to boxing the better and it makes it better for the young fighters coming through. If there's millions of people watching TikTokers and stuff then they might tune in again and watch some real boxing later on in life.

Do YouTubers turned boxers like the Paul's deserve more respect? Let us know your thoughts in the comments section below. "It's all good, it's all PR work for our sport. Anyone who doesn't like it is just jealous because they ain't making the money they're getting.

"That's what it's about – jealousy. There's a lot of jealousy in this world, especially people hating on others trying to follow their dreams and don't have the guts to follow their own."

Fury's younger brother Tommy is reportedly in negotiations to be Jake Paul's next opponent after he appeared on the undercard of his win over Tyron Woodley in August.

Tommy Fury beat Paul's sparring partner Anthony Taylor on his US boxing debut to extend his unbeaten professional record to 7-0. Having taken a break from boxing to appear on Love Island in 2019, Tommy Fury is now firmly back on track in his fighting career and could face Paul before the end of this year.

As for older brother Tyson, he will defend his WBC belt when he faces Deontay Wilder in their trilogy fight in Las Vegas in October.

The pair's first bout ended in a draw before Fury outboxed the American in the rematch to claim the world title back in February 2020.