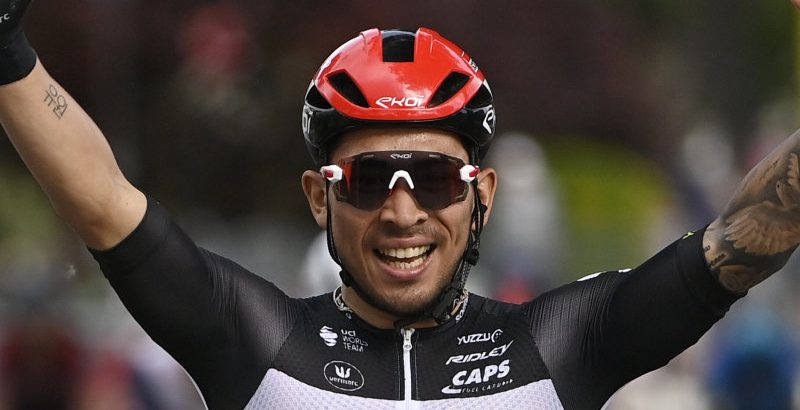 Modena, Italy: Australian Caleb Ewan sprinted to victory but one of the main general classification favourites Mikel Landa’s race is over after a crash-hit climax to stage five of the Giro d’Italia on Wednesday.

Lotto Soudal rider Ewan surged through to beat Italian Giacomo Nizzolo on the line alongside the Adriatic resort of Cattolica with Elia Viviani in third place. 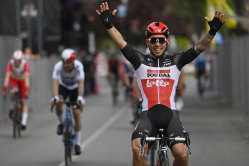 Italian Alessandro De Marchi held on to the leader’s pink jersey, having taken it on Tuesday.

Russian Sivakov, Ineos’s co-leader with Egan Bernal, fell heavily after clipping an overhanging tree but finished the stage on a spare bike with a cut arm.

Much worse was to follow as Spaniard Landa went down in a crash also involving stage four winner Joe Dombrowski after a rider appeared to hit a race marshal signalling some road furniture some 4km from the finish. 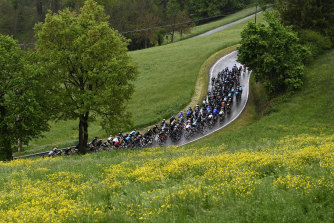 Landa was clearly in pain and was tended to on the road, later leaving in the back of an ambulance.

Talking to broadcaster Eurosport, Bahrain Victorious sports director Franco Pellizotti said: “Unfortunately our leader crashed in those difficult final kilometres. We don’t know what happened or how it happened. Landa was in great condition.”

His team later confirmed he had suffered a broken collarbone and injuries to his ribs.

Ewan once again proved his quality in bunch sprints as he claimed a fourth career stage win on the Giro.

“The first sprint stage didn’t go good at all, so, you know, there was a lot of pressure on me and the team to do a good job today,” he said. “The goal to start with was one (stage win), so I’ve done that. I’m pretty hungry to win as much as I can, so maybe this is good confidence for the team and myself.”

The pancake flat 175km ride from Modena was drama-free until the final few kilometres as the peloton reeled in a three-man breakaway of Alexis Gougeard, Simon Pellaud and Davide Gabburo.

“The day started in the best way, quite relaxed, quite easy, and then I think it became a really crazy circus,” race leader De Marchi said.

Thursday’s stage is a 160km route to Ascoli Piceno including three categorised climbs.