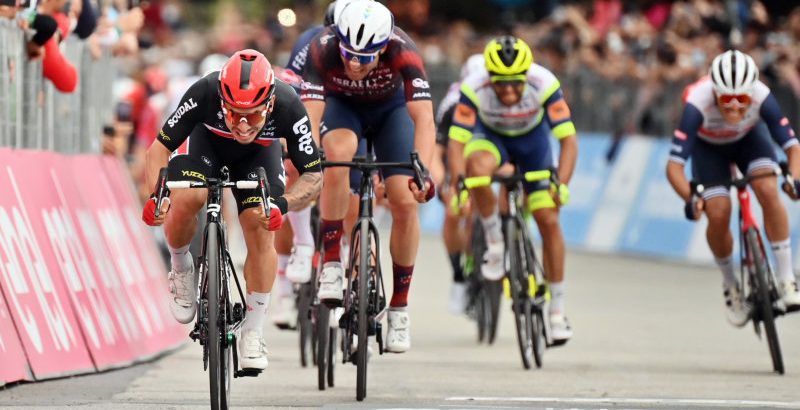 Caleb Ewan claimed his second stage win at this year’s Giro d’Italia as he again showed his sprinting prowess at the end of the 181-kilometre seventh stage on Friday.

The Australian Lotto Soudal rider followed his victory on a crash-hit stage five with a well-timed surge at the finish in Termoli after an uneventful day. 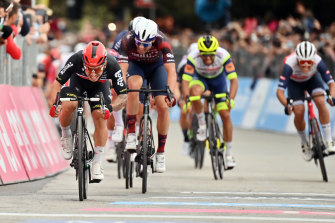 Caleb Ewan (left) sprints to victory in stage seven of the Giro d’Italia.Credit:AP

“There were a few points in the last 10 kilometres where we needed to be in the front so we didn’t have to brake and we got a really good ride in. They did a really good job.

“My legs were burning at the end, it was basically sprinting for the last 450 metres with a slight uphill so it was a tough one.

“When Gavaria goes you know he has the strength and the speed to hold it. I had a bit of a run and really accelerated.”

After the incidents of the previous two days it was a quiet day for the main GC contenders.

Valter will keep the leader’s jersey for another day at least and will take an 11-second lead over Remco Evenepoel into the eighth stage which features one category two climb and a steep finish at Guardia Sanframondi.