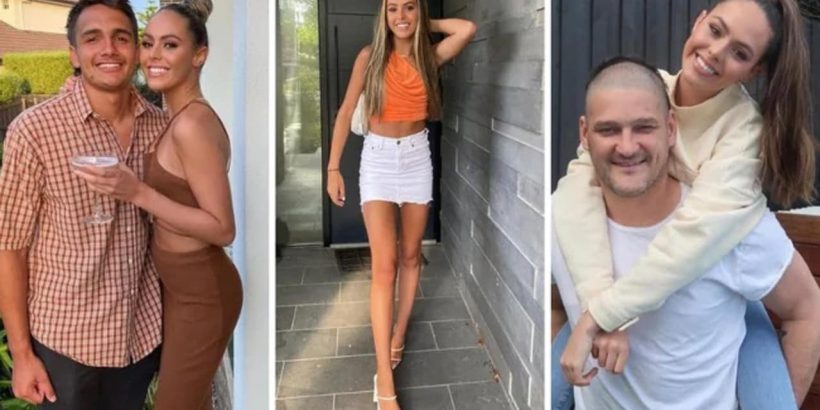 The glamour football couple have been flooding social media with pictures of them cuddling up since their decision to go public with their relationship last month.

“Happy birthday to you @jamarrauh,’’ Fevola wrote with a black love heart.

“Appreciate you more than words can describe x”.

Fevola’s message came with a sweet photo collage that showed off the couple’s many photos together.

The daughter of Carlton legend and Melbourne radio personality Brendan Fevola has emerged as one of the most popular Instagram influencers in Australia recently with more than 135,000 fans.

However, her private life has created just as many headlines as her emerging fashion label and clothing business venture.

Her previous relationships with two football players, St Kilda’s Josh Battle and Daniel Rioli, last month resulted in online trolls attacking her when it was first confirmed she and Ugle-Hagan were in a relationship last month.

The couple went public after months of speculation in March, but have reportedly been dating for almost nine months.

The online attacks resulted in Brendan Fevola last month making a public condemnation of the trolls who abused his stepdaughter with a series of disgraceful comments on her Instagram page.

Fevola admitted “going down a rabbit hole” and reading the comments before delivering a passionate defence of Mia on his radio show Fifi, Fev & Nick on 101.9 The Fox Melbourne.

“I wasn’t going to do this and (his partner) Alex will probably go nuts that I have done it. But I’m going to talk about my daughter Mia. She’s been in the news the past couple of days,” Fevola said.

“I’ve just read an article on news.com.au saying Mia Fevola’s been slut-shamed after going public with her new boyfriend. As a father that hurts a bit, to read that.”

Fevola said there were clear double standards in how the dating habits of young men and young women were judged.