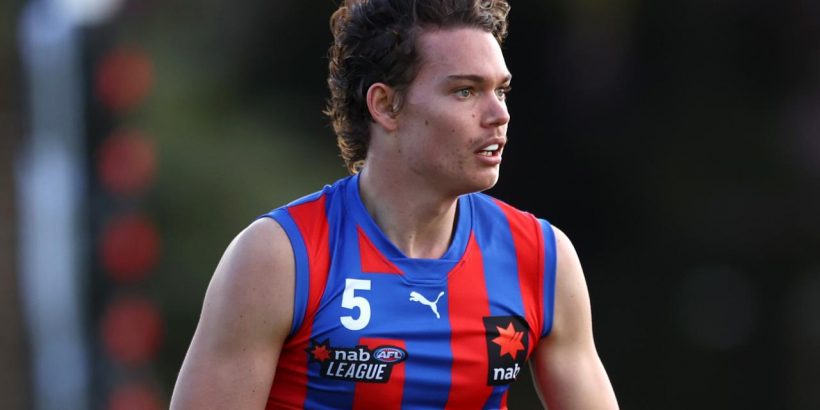 A St Kilda-linked son of an Olympian and a highly-rated key position player headline the AFL draft hopefuls who are set to shine in the NAB League this weekend.

The competition will lose some of its brightest stars to state team duties, with initial squads for Vic Metro and Vic Country to face off in two trail matches on Sunday ahead of the start of the NAB AFL Under-19 Championships on July 8.

However, a cancelled training camp for the Allies and no school football this weekend means some of the country’s best prospects will still be pulling the boots on in Saturday’s NAB League match between Sandringham Dragons and Oakleigh Chargers.

St Kilda Next Generation Academy member Jack Peris – the son of former Australian hockey star and Olympic Gold Medal winner Nova Peris – is set to play for the Dragons’ side.

“They would normally not have played this game and have been out there at trials for the Allies like the Victorian boys are but that’s not on and they’re back here,” AFL talent ambassador Kevin Sheehan said of the trio.

Peris, who comes from an athletics background, is a speedy half-back or wingman who hails from the Northern Territory but attends Melbourne Grammar.

Collins, from Tasmania, is a 187cm defender who is also on Collingwood’s VFL development list, while Giants Academy member and Wagga Wagga product Voss is a key-position player who can be used at either end of the ground.

“He’s got some real talent about him as a 194cm centre-half forward or centre-half back,” Sheehan said.

“He was one of the best (for Oakleigh) last week.”

The absence of Vic Metro and Vic Country stars will also provide opportunity for other players, with history littered with players who missed state team selections but were drafted in the same year.

One of those is Melbourne’s Clayton Oliver, who was a No.4 draft pick in 2015 after being overlooked by Vic Country.

“It’s amazing what can unfold at times when you give someone an opportunity,” Sheehan said.

“There might be a Clayton Oliver out there. The example is there that not everyone plays nationals.”

This Saturday’s NAB League match between Sandringham Dragons and Oakleigh Chargers will be live-streamed at heraldsun.com.au from 10.45am.

On Sunday, visit heraldsun.com.au to watch both under-19 trial matches between Vic Metro and Vic Country live from Werribee.

The first of those matches kicks off at 11.30am, with the second match scheduled to start at 2pm.

Watch the match in full live here from 10.45am AEST