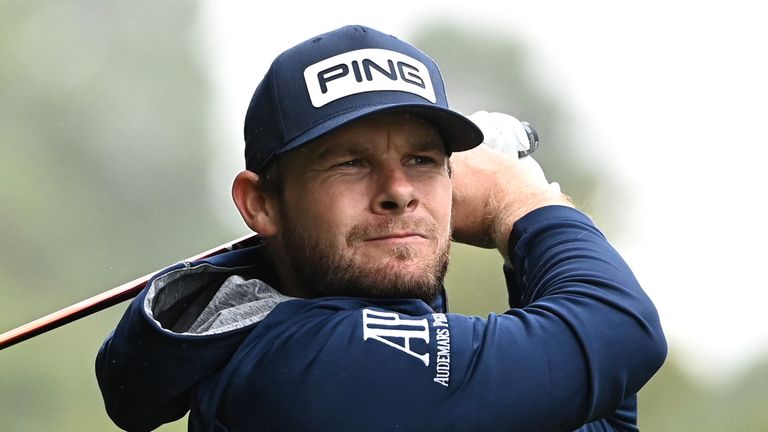 Tyrrell Hatton earned a share of the first-round lead at the BMW PGA Championship as major champions Shane Lowry and Justin Rose also made strong starts at Wentworth.

Hatton’s six-under 66 was the low score of the morning wave by two strokes, and only Justin Harding and Adri Arnaus could match that in the later groups while Lowry, Eddie Pepperell and Matt Fitzpatrick ended the opening day just one stroke off the pace. Rose also prospered in the cool, soft, autumnal conditions and returned a solid 68, and his Ryder Cup team-mates Tommy Fleetwood (+4 after seven holes) and Ian Poulter, who was troubled by back spasms throughout the day, both produced outstanding finishes to get under the card by the close.

Hatton was the standout performer over the first half of the round and displayed plenty of the form that has kept him in the top 15 of the world rankings, making birdies at two of his first four holes after starting on the ninth and adding two more at 17 and 18.

A wayward second to the long fourth was soon forgotten when he chipped in for eagle, and he bounced back from his only bogey of the round at the seventh with his fifth birdie at the eighth to close out an excellent morning’s work considering how long the West Course was playing.

Hatton held the outright clubhouse lead for a few hours until Harding handed in a bogey-free, six-birdie card, and Arnaus birdied three of his last five holes just as the light began to fade and made it a three-way tie for the lead. 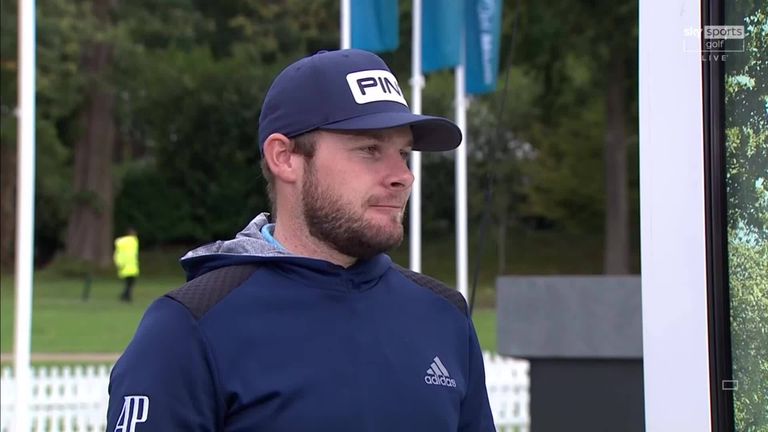 Lowry arrived at Wentworth having missed the cut in three of his last four starts on the PGA Tour, and he was struggling to make much happen as the reigning Open champion covered the first 11 holes in one under before reeling off three consecutive birdies.

The Irishman gave one back at the tough 15th, but he birdied the next two and just missed out on another at the last as he settled for a 67 and a tie for fourth along with Pepperell, Fitzpatrick and Malaysia’s former Asian Tour No 1 Gavin Green. 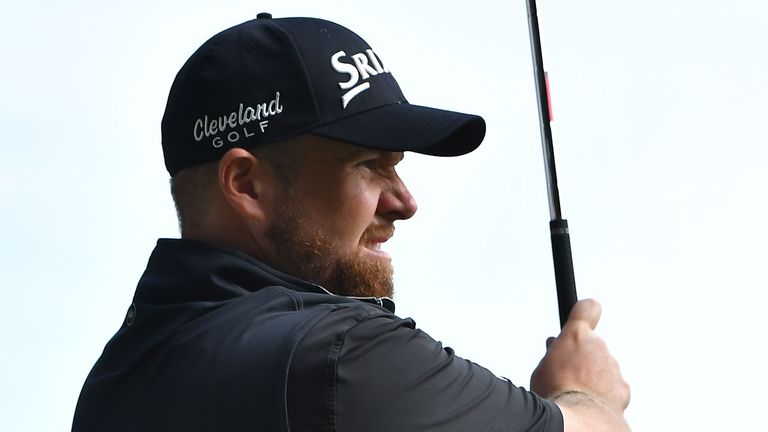 Pepperell was indebted to an “unbelievable” short-game as he barely threatened a fairway over the first part of his round, but his resolute attitude was rewarded with birdies at the fourth, fifth and eighth and he was much happier with his ball-striking in an inward 34 which pulled him within one of the leaders.

Fitzpatrick joined the group at five under when he birdied the last three holes, while Rose is among a group of eight players on four under which also includes last week’s Scottish Open champion, Aaron Rai and fan favourite Andrew “Beef” Johnston, who eagled the 12th and birdied the last in his back-nine 33.

Poulter was relieved just to complete 18 holes as he battled through the pain of a back problem that became evident early in his round, forcing him to call for treatment from his physio while frequently wincing in his follow-through.

He did well to be one over with three holes to play, and he suddenly vaulted to three under when he birdied 16 and 17 and then smote a stunning second to 12 feet at the last and converted the chance for eagle. Poulter’s 69 matched the earlier three-under openers of the likes of Matt Wallace, Robert Rock and leading Scot Grant Forrest, while Race to Dubai leader Patrick Reed and Lee Westwood were outshone by playing-partner Hatton as both fired two-under 70s.

Reed was flying high at the top of the leaderboard when a four at the 18th began a run of four straight birdies which got him to five under, but the 2017 Masters champion dropped a shot at the fifth and then chunked a wedge into the water at the eighth – his last – and ran up a double-bogey six.

Fleetwood, as was the case on day one of last week’s Scottish Open, looked completely out of sorts early on and he cut a dejected figure when he trudged off the seventh green having just made his fourth bogey of the round.

But he regrouped at the turn and lifted his spirits with birdies at 12 and 13 before finishing with three in a row to get into red numbers on one under, with defending champion Danny Willett also handing in a 71.