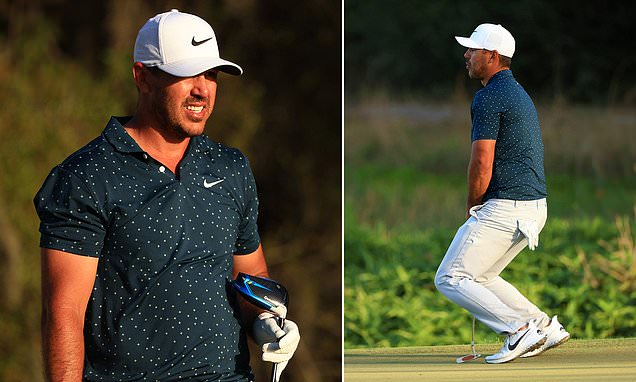 Brooks Koepka is a major doubt for the Masters as his Augusta injury jinx continues.

The 30-year-old has pulled out of this week’s WGC-Match Play Championship in Texas, with short game coach and close friend Pete Cowen believing he is fighting a losing battle to be fit for Augusta in a fortnight.

‘His right knee has been cleaned out and he’s doing the rehab but it is not good,’ the Yorkshireman told Sportsmail. 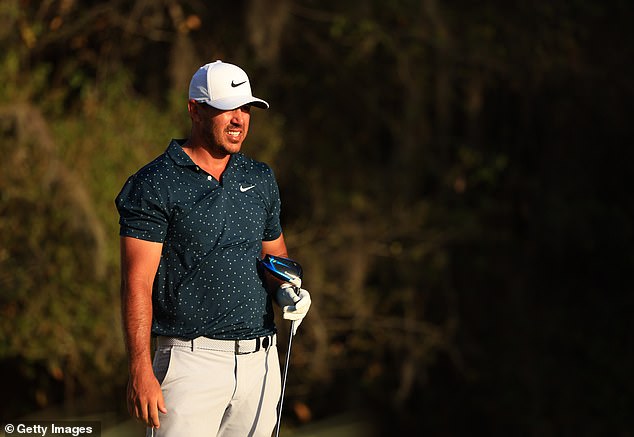 ‘Augusta National, with all those hills, is the most difficult course in tournament golf to walk if you’re not feeling 100 per cent. I think the Masters will come too soon.’

The official word from the Koepka camp is that he is ‘optimistic’ he can make it, and it is hardly surprising that he is desperate to play.

Koepka finished 2nd and 7th in the last two editions and looked destined to win the WGC-Workday Championship in Florida last month until he woke up on the morning of the third round with a bulging disc in his neck. Then his right knee gave way. 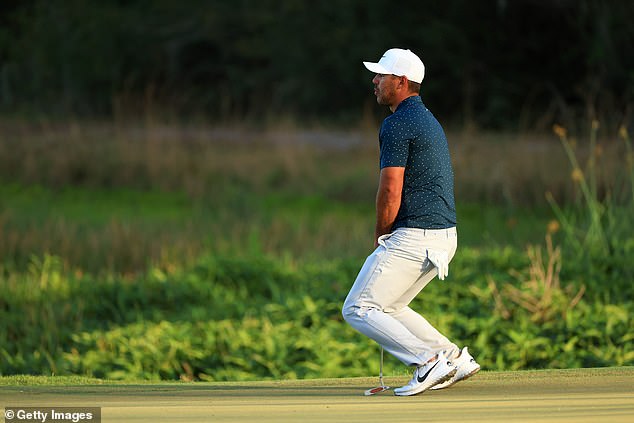 Koepka missed the 2018 Masters — it was a damaged wrist on that occasion — and the decision back then to wait until he was fully healthy again before returning to competition bears out why Cowen believes he should show similar caution this time.

The Floridian won four of the next nine majors played, before more injury kept him out of the US Open last September.

‘I don’t care who you are, you can’t win majors if you’re not fully fit,’ argued Cowen. ‘I know Tiger won the US Open with a badly damaged knee but he’s the only one. He’s far better waiting until his right knee has healed.’

The worry with Koepka must be whether he is ever going to get another run at the majors while at full speed. His ability is not in doubt, nor his nerve under pressure. No one else won more than one major while he was claiming four. 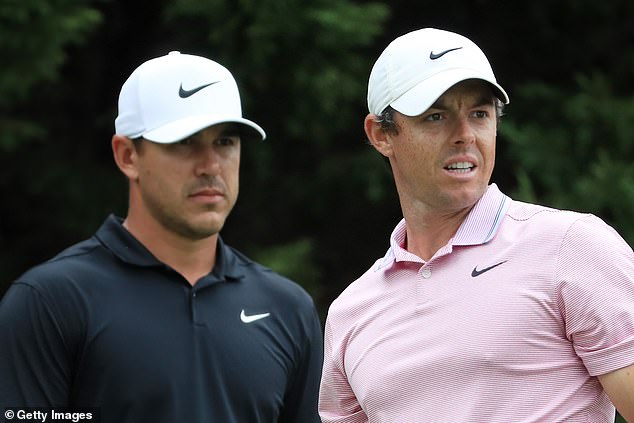 Koepka, who missed the 2018 Masters with a wrist injury, could miss the tournament again

Cowen affectionately refers to Koepka as ‘the glass man’ on account of something always breaking, but sees the concern.

‘There’s probably only Dustin (Johnson) and Rory (McIlroy) who are on Brooks’s level if everyone’s healthy and playing well but it’s a different matter if something’s not right,’ said Cowen.

Koepka is not the only big name who is struggling to be ready for the Masters – Justin Rose is also an absentee from the Match Play as he battles to overcome a back injury.

The only other players from the world’s top 64 missing from this week’s event in Austin — the last tournament for many before Augusta — are Gary Woodland (Covid-19), Adam Scott (did not enter) and, of course, the stricken Tiger Woods.