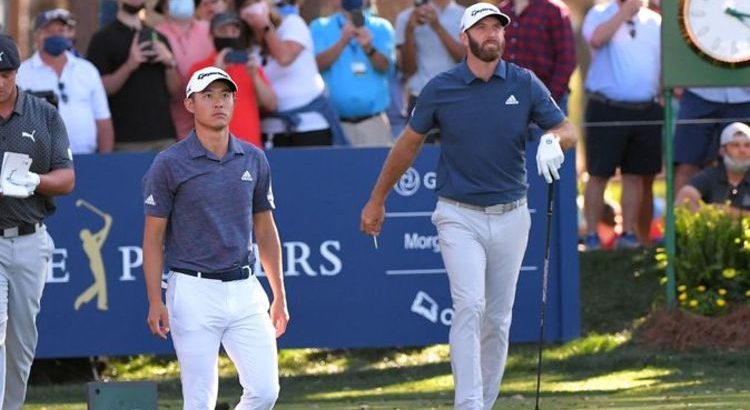 Dustin Johnson and Collin Morikawa have become the first two Americans to secure a spot on Team USA at this year’s Ryder Cup. The pair currently sit in the top two USA Ryder Cup ranking spots, and following the completion of the Wyndham Championship last week can not be caught by the chasing pack.

Morikawa is currently the man at the top of the standings, just as he is in the FedEx Cup play-offs which kick off this week starting with the Northern Trust at Liberty National.

The 24-year-old has announced himself as golf’s hottest prospect across 2020 and 2021, becoming the first ever golfer to secure separate majors on two debuts, after his 2020 PGA Championship win, and more recently his 2021 Open Championship victory at Royal St. George’s.

As well as claiming the Claret Jug this season, Morikawa has also picked up a World Golf Championship, at this year’s Workday Championship, as well as securing eight top-tens which has seen him fly through both the Ryder Cup and FedEx rankings.

Speaking about his game ahead of this week’s play-off opener in New Jersey, the Open champion said: “It’s great to start out number one going into the playoffs. It means I was doing something right throughout the regular season. We had a couple wins, a couple top-10s – overall, it feels good. My game feels good.”

For Johnson it has most definitely been a tale of two halves during his 2020/2021 season.

The former world number one enjoyed a hugely impressive six months across the end of 2020 and the beginning of 2021, with his worst performance coming in a tied-12th finish. The staggering run also included three victories, including the first ever November Masters, where he secured his maiden green jacket.

Since things haven’t been as simple for the 37-year-old. An inconsistent few months saw him give up his 48-week stay at the top of the world golf rankings to Jon Rahm.

However, a tied-eighth finish at the Open Championship last month gave a sign that the two-time major winner was on the way back to his best.

Following his qualification, Johnson spoke about the importance of the Ryder Cup to his country.

He commented: “Doesn’t matter what our differences are. When you get to the Ryder Cup and you’re on the team, it’s not just about you. We’re not just playing for ourselves, we’re playing for our country.

“You’ve got other team-mates, your captains, your family, all the fans that are there. It’s definitely important that everyone comes together and plays as a team.”

A total of six automatic qualifying spots or up for grabs for Team USA, meaning just four remain ahead of next month’s event at Whistling Straits.

As well as the six automatic spots, American captain Steve Stricker will then have six wildcard picks to make up the remainder of his 12-man team, as the Americans look to regain the Ryder Cup crown after losing out in Paris three years ago.