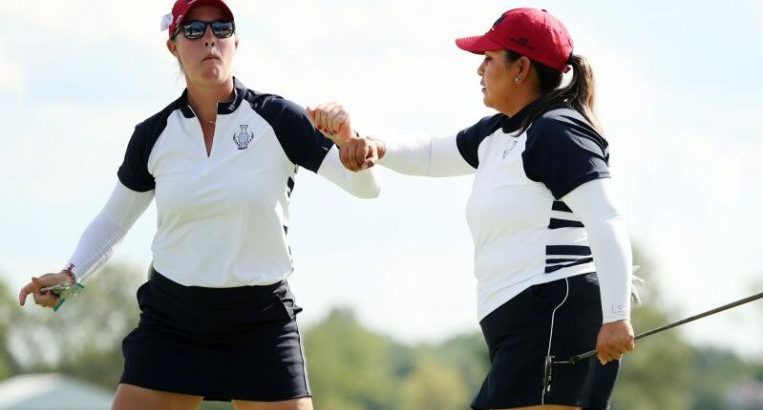 TOLEDO (REUTERS) – The United States won three of its four matches during Sunday’s (Sept 5) early session of foursomes to pull within one point of Europe at the Solheim Cup at Inverness Club in Toledo.

The home side’s nightmare start to Saturday’s first round looked like it would repeat itself on Sunday as the Europeans jumped out to an early lead in all four matches on the front nine.

But the United States got hot on the back nine and Jennifer Kupcho drilled a series of clutch putts to secure the win with Lizette Salas, giving the throngs of enthusiastic US golf fans something to cheer about.

“I definitely live for this,” Kupcho said.

“It’s super fun to hear the crowd roar. It’s super exciting for me and I love the sound of it.

“So I’ll keep doing it, hopefully,” she said with a laugh.

Four ball matches are underway in the afternoon session.

The three-day competition is expected to draw more than 100,000 fans and is scheduled to wrap up on Monday, the Labour Day holiday in the United States.

The Americans lead the overall series 10-6.