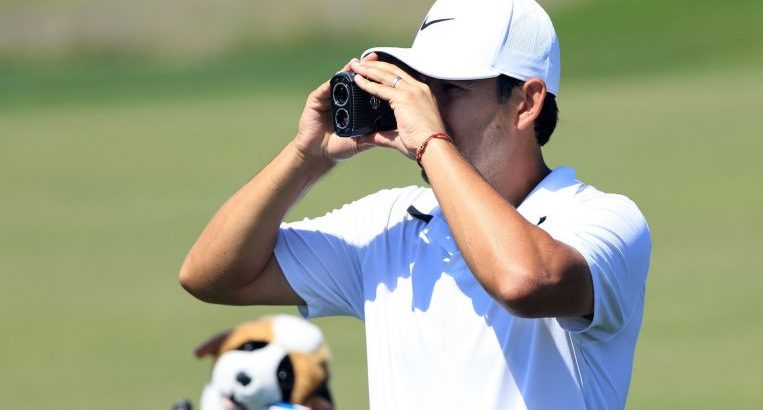 KIAWAH ISLAND, SOUTH CAROLINA (REUTERS) – Caddies will be allowed to use laser distance-measuring devices for the first time at a top-level golf tournament at this week’s PGA Championship but one caddie said the introduction of the gadget will be “much ado about nothing”.

The devices, known as rangefinders, have been around for 25 years and are generally allowed in amateur tournaments.

The PGA of America hopes it will speed up play at this week’s major championship but many critics believe most caddies will continue to rely on traditional yardage books, just as they have done for decades.

Rangefinders, about the size of a small pair of binoculars, can measure the distance of a shot to a flag, but a caddie’s job is more complicated than that.

“It’s handy to have the rangefinder but it is not going to speed up play,” veteran Australian caddie Scott Sajtinac told Reuters on Monday (May 17) after working a practice round at Kiawah Island with his player, 2013 PGA Championship winner Jason Dufner.

“You can’t laser (the distance to) the front or back of the green, or (the distance) to carry over water or a bunker, so we’ll always revert to the yardage book.

“I’ll have the laser in my bib but how many times I pull it out, who knows.”

Rangefinders were first used by professional golfers for practice rounds only in 1996, when an enterprising caddie named Cayce Kerr worked out an agreement with the company to sell the devices to tour players.

He held firm against players who thought their status entitled them to a discount, reciting how three-time US Open champion Hale Irwin tried to drive a hard bargain.

Twenty-five years on, rangefinders remain a useful aid in practice rounds, but have not replaced yardage books.

“It does not change the way a full-time professional caddie gets his yardages,” Sajtinac said.

“We’re always going to revert to the yardage book which we know is accurate to inches. Our yardage book is done with a GPS satellite to the nearest foot. We know it’s spot-on.

“Being able to use the rangefinder is much ado about nothing.”