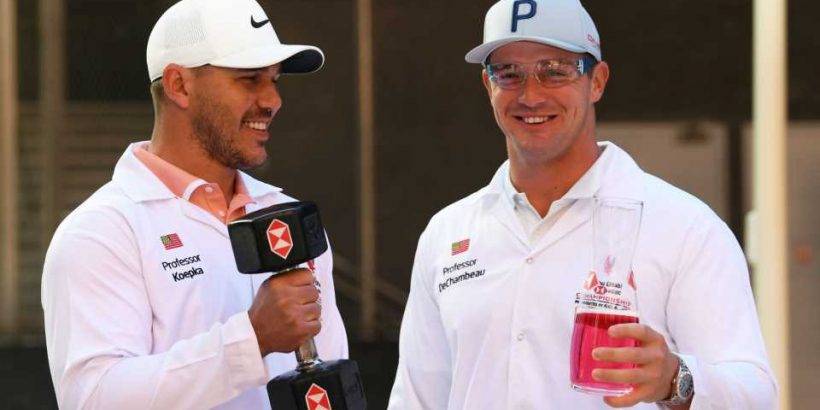 Koepka and DeChambeau are two of golf’s rising stars, but what makes them most intriguing is that they seemingly simply cannot stand each other. The feud between the two is burgeoning, and it’s awesome.

This is most recently evidenced by a viral video following the PGA Championship, in which Koepka showed visible disgust with the sight of DeChambeau while recording a video interview. On Wednesday, Koepka revealed what DeChambeau did that set him off.

As far as that was, he didn’t say anything to me. He wasn’t speaking to me. He was, I guess, either signing his scorecard or wherever he was, and I was just to the right of the media tent, or I guess right in front of the microphones where you guys all were, and I don’t want to say he was like screaming — he was saying something about how he hit a perfect shot and it shouldn’t have been there, and it was just very, very loud. I don’t think the mics picked up on that, but it felt like just so that the fans could hear.

DeChambeau has become something of a lightning rod for controversy on the PGA Tour, acting as something of a musclebound, analytics-driven Happy Gilmore, which is either super cool or obnoxious, depending on which way you look at it.

Koepka, though, believes his ongoing feud with DeChambeau is good for the game of golf.

“I think it’s good for the game,” he said. “I really do. The fact that golf’s on pretty much every news outlet for about two weeks pretty consistently, I think that’s a good thing. It’s growing the game.”

Regardless, the two seem like perfect foils for one another. If we don’t see them in a pairing on the golf course soon, hopefully we can get them in the Octagon.