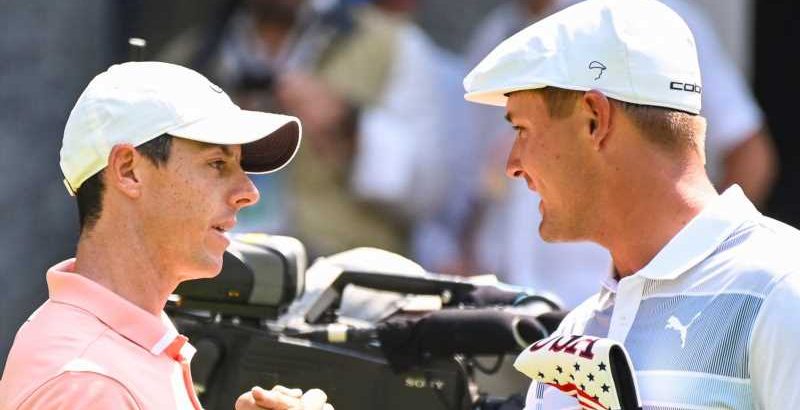 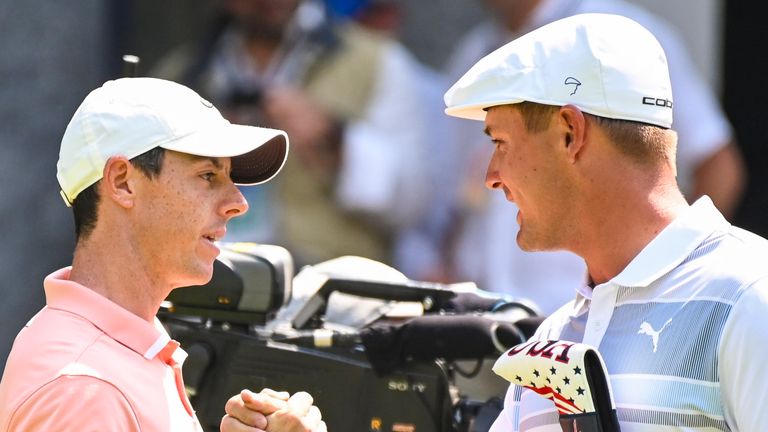 Rory McIlroy has not hidden his admiration for Bryson DeChambeau over the last year, but his admission that he had developed issues with his swing while chasing extra speed and distance was a surprise to many.

DeChambeau’s physical transformation has been well-documented, gaining around three stone in weight – mostly in muscle mass – and the impact on his performances has been one of the hottest talking points since golf resumed following the coronavirus shutdown last year.

Convinced that hitting the ball further than anyone else was the best course of action for success, DeChambeau traded accuracy for raw power and the rewards came early. After the PGA Tour returned at the Charles Schwab Challenge in June, the American posted three straight top-10 finishes before cruising to a three-shot victory in Detroit. 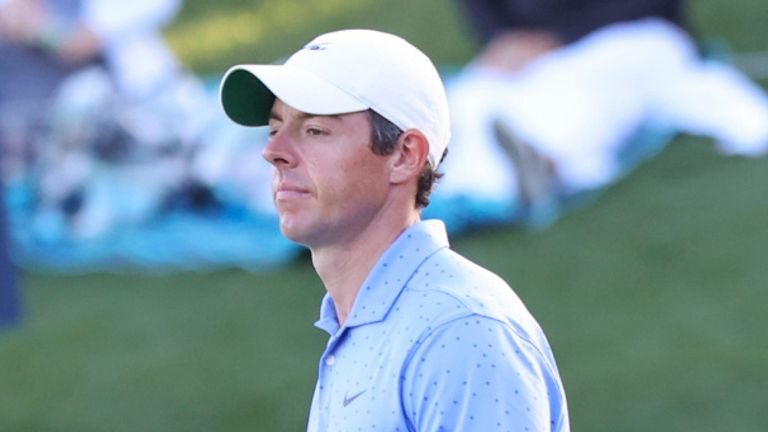 McIlroy, long regarded as one of the longest hitters on Tour, got a close-up view of DeChambeau’s strategy when they were paired together for the final round at Colonial, and he was somewhat taken aback when he was constantly out-driven.

“Bryson’s distance gain is crazy,” he said ahead of the following week’s RBC Heritage. “He’s big. He’s sort of gone down a path. He’s got a conviction, and he’s following it. That’s what he’s done.

“He’s always thought outside the box and thought a little differently to most people. He’s really put his mind at wanting to get longer, and he’s definitely done that.”

McIlroy, however, insisted he would not be following the same path and aiming to pile on the pounds, feeling he produced his optimum golf weighing around “half as much” as DeChambeau.

“I actually feel my best when I’m lighter,” he added. “I feel better when I’m lighter. I feel more supple. I feel like I get a little more speed. I don’t feel great when I gain weight. I was probably at my lightest at the start of the season, that California swing, at Torrey Pines.”

But McIlroy was clearly astonished by the manner of DeChambeau’s biggest career win to date at the US Open, overpowering the fearsome Winged Foot with a brand of golf never previously seen on a course described by Tiger Woods as one of the top-three toughest layouts on the major rota.

DeChambeau declared beforehand his intention to “hit the ball as far as I can”, and when the media questioned his tactics and warned him about the perils of missing the fairway, he said: “Even if I hit it in the rough, I still feel like I can make birdies out here. I still feel like I can run it up the middle of the green and make a 20-footer.”

His bold strategy paid off, blitzing his way to a six-shot victory, during which he hit only 23 fairways – the lowest of any US Open winner in history. 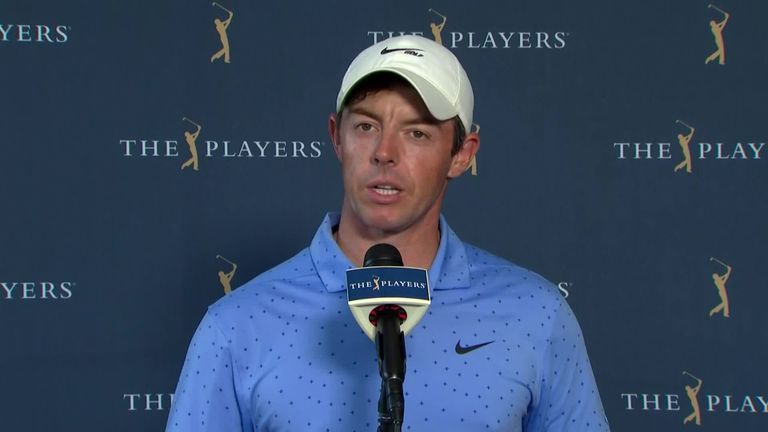 “I don’t really know what to say because that’s just the complete opposite of what you think a US Open champion does,” said McIlroy, who himself raised eyebrows when he stormed to an eight-shot win at Congressional in 2011, albeit in a more traditional style.

“Look, he’s found a way to do it. Whether that’s good or bad for the game, I don’t know, but it’s just not the way I saw this golf course being played or this tournament being played. It’s kind of hard to really wrap my head around it.

“I think it’s brilliant, but I think he’s taken advantage of where the game is at the minute. Whether that’s good or bad, it’s just the way it is. With the way he approaches it, with the arm-lock putting, with everything, it’s just where the game’s at right now.

“I’m not saying that’s right or wrong. He’s just taking advantage of what we have right now.” 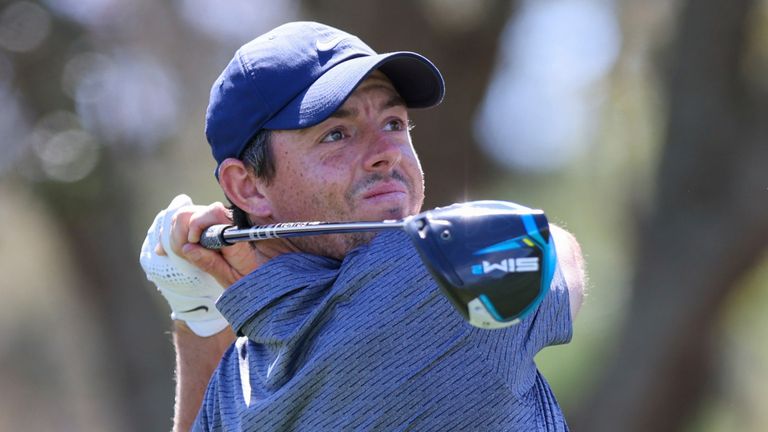 What McIlroy revealed after he missed the cut by 10 shots at Sawgrass was that DeChambeau’s US Open win prompted him to “get sucked into that stuff”, taking time out from regular practice to have “speed training”.

He posted results of his increased ball speed and distance with a driver on social media in early October, but the general assumption was that his new equipment was the probable catalyst.

But McIlroy admitted the results were more physical than technical, and conceded that the drills had been “detrimental to my swing”.

Asked why he went down that route when he was already a huge hitter, he took an age to gather his thoughts before giving his carefully-considered reply. “I’d be lying if I said it wasn’t anything to do with what Bryson did at the US Open. I think a lot of people saw that and were like, ‘whoa’ – if this is the way they’re going to set golf courses up in the future, it helps. It really helps. “The one thing that people don’t appreciate is how good Bryson is out of the rough. Not only because of how upright he is but because his short irons are longer than standard, so he can get a little more speed through the rough than us, than other guys.

“And I thought being able to get some more speed is a good thing, and I maybe just – to the detriment a little bit of my swing, I got there, but I just need to maybe rein it back in a little bit.”