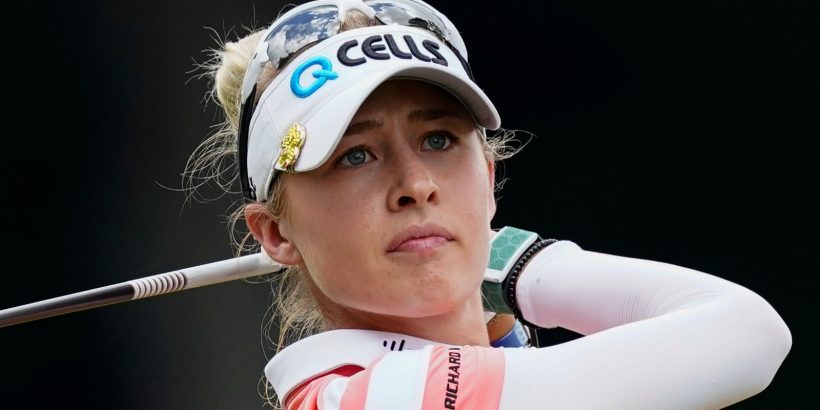 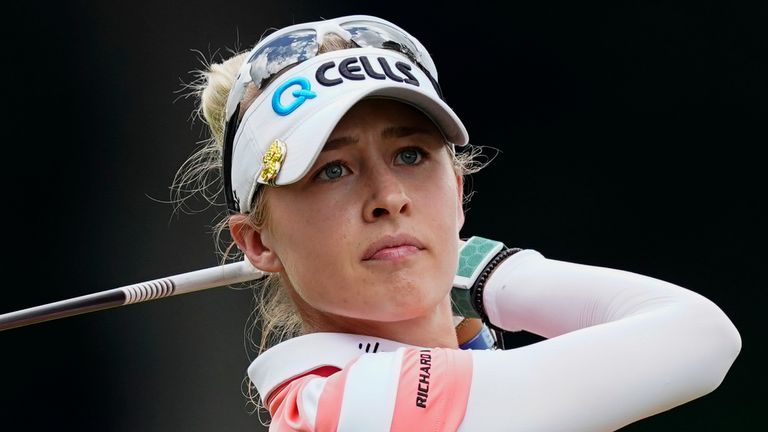 Nelly Korda and Lizette Salas will go into the final round of the KPMG Women’s PGA Championship tied for the lead after an enthralling duel between the top two on day three.

Korda started the day one ahead following her sensational 63 on Friday, but although she followed that up with a bogey-free 68, Salas was one shot better on the day and could have had the outright lead had she not dropped her first shot of the tournament at the 10th.

The pair combined for nine birdies just on the outward nine at the Atlanta Athletic Club, with both birdieing the first two holes before Salas edged into a share of the lead with another gain at the third.

After they traded birdies at the long fifth, Salas continued her remarkable run of scoring when she picked up further shots at the seventh and eighth, leaving Korda looking perplexed that she had covered the front nine in three under and found herself two behind at the turn. 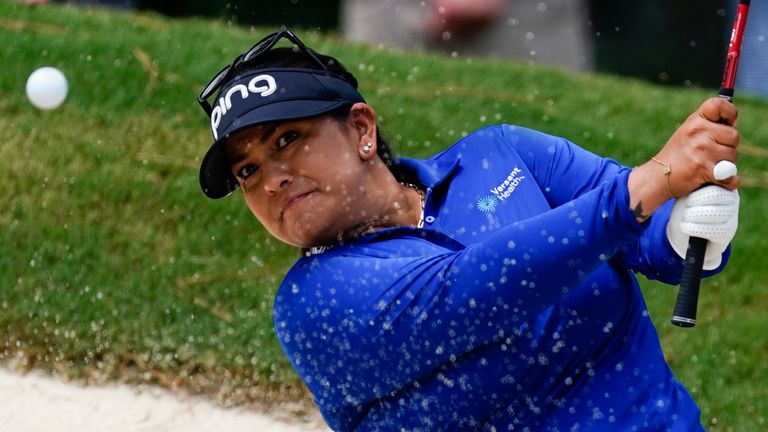 But Salas finally made her first big mistake of the event, her run of 45 holes without a bogey ending at the 10th, and she was not able to claw the shot back as she parred the remaining eight holes while Korda jumped back into a tie at the top with a lone birdie at the 13th.

“Lizette was rolling in some nice ones today, and I told myself I had to hit it close to even keep up with her,” said Korda afterwards. “There’s so much golf left. There’s still 18 more holes, there’s a lot of water in play here, and there are a lot of really difficult tee shots that if you just miss it by a little, you’re in the water.

“I just told myself to stay patient out there. You just stick to your game plan and you kind of don’t sway from it because it’s very easy to do that when you’re draining putts on top of each other. You have to tell yourself that there’s so much golf left that you can’t win on a Saturday but you can definitely lose it.

“And someone from behind can come and shoot a really low score. You just never know with golf, and that’s the beauty of it.”

Salas added: “I’m really proud of myself for how I started and how I maintained that confidence throughout the round, even though putts weren’t dropping. I was committed to each shot, and I wasn’t uncomfortable, which I haven’t said in a very long time.

“I was embracing it. I was greeting some fans and just enjoying the moment. It’s been a while since I’ve done that.

“I got off to a really hot start, and I didn’t realise I shot 30 until I signed my scorecard. Obviously it’s fun when you play like that. I think it’s good for momentum going into tomorrow.” Both could not convert birdie chances at the long 18th as they finished on 15 under, five strokes clear of Solheim Cup star Celine Boutier, Italy’s Giulia Molinaro and ANA Inspiration champion Patty Tavatanakit, whose 65 included five birdies in six holes as she mounted her challenge over the back-nine.

Boutier, playing in the final group with Korda and Salas, eagled the 12th and carded four birdies while also making three bogeys in her 69, and Molinaro birdied four of the last five holes in a brilliant finish to her 66.

Esther Henseleit, the European No 1 in her rookie season in 2019, is eight off the pace along with Madelene Sagstrom, while Charley Hull’s major ambitions are on hold once again after a 74 dropped her to three under, one ahead of Georgia Hall.