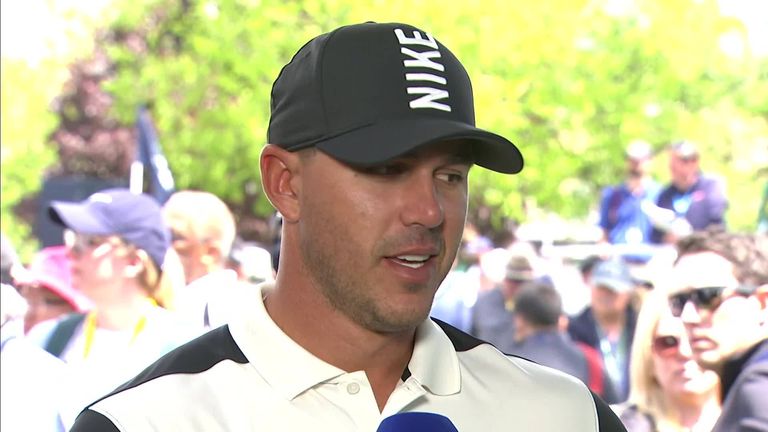 Brooks Koepka matched the lowest round in PGA Championship history but revealed he was a little disappointed to miss out on the outright record after a stunning day one performance.

Koepka made a mockery of the difficulty of the Bethpage Black course in New York, making seven birdies and keeping a bogey off his card in a seven-under 63 which gave him an early four-stroke advantage and sent out a clear message of intent to his rivals. But as well as the defending champion played, he was frustrated at missing out on birdies at each of the two par-fives and vowed to atone over the next 54 holes.

The signs looked ominous from the outset as he split the 10th fairway with a seemingly-effortless 300-yard drive, found the fringe with his second, and drained a huge 40-foot putt for an opening birdie.

Koepka missed a great chance for another at the next and he was unable to take advantage of the par-five 13th, but he atoned with a 20-footer for birdie at 14 and he converted a brilliant stab to six feet from the rough at the 18th to turn in 32.

Another birdie from close range followed at the first, and he casually picked up another shot at the third before getting into trouble at the long fourth and eventually doing well to scramble a par at one of the easiest holes on the Black course. 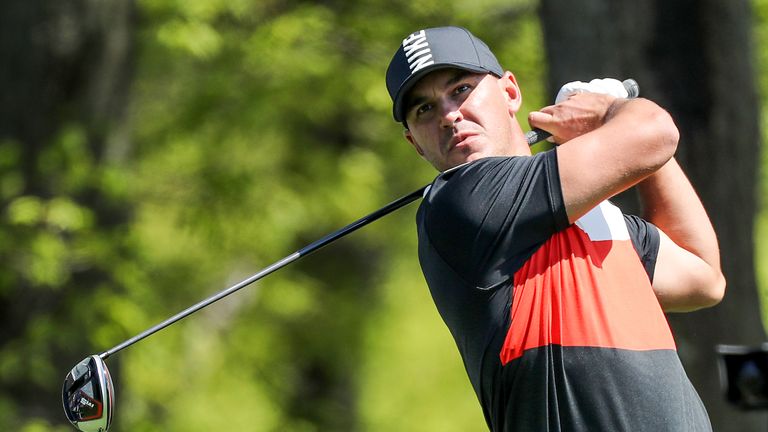 His putter was again inch-perfect as he holed from 15 feet at the fifth to go three clear of the field at the time, and Koepka then had to dig deep to salvage a par at the next to maintain his blemish-free card.

And the 29-year-old finished his record-equalling round much as he started it, nailing another lengthy putt across the ninth green for a birdie which swept him into a four-shot lead over the early starters, and nine clear of playing partners Tiger Woods and Francesco Molinari. 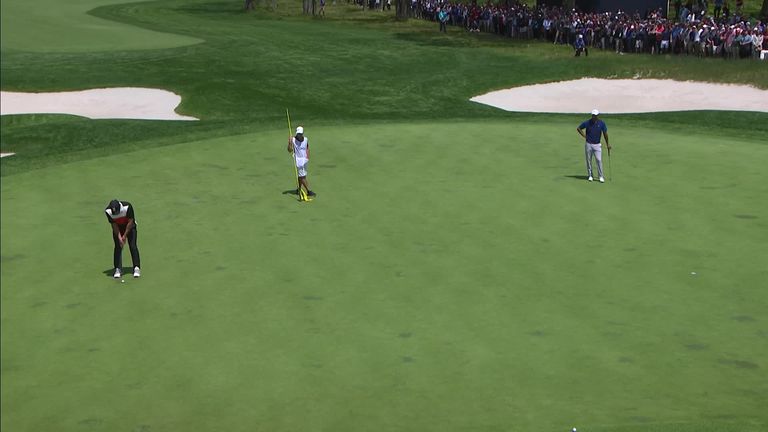 But Koepka’s initial post-round thoughts were focused on his frustrations on the two long holes, and he said: “I didn’t take care of the par-fives, didn’t birdie any of them. That was disappointing because I felt like you know those are holes you should be able to birdie.

“I definitely can reach the fourth and just hit a bad drive there. And on 13 I can get there, too, I just hit it in the bunker. And then the second hole, my 11th, I missed about a five-footer. That would have been nice to shoot 60, I guess that would have been pretty good!”

However, Koepka was happy to validate his bold comments in Tuesday’s pre-tournament press conference, when he claimed that the majors were “the easiest to win” while insisting there was no reason why he couldn’t win at least 10 majors in his career.

After going a long way towards securing his fourth in less than two years, he added: “I’ve opened up. I’m being me, so I’m happy with how I’m, communicating a little bit better. I feel like I’m finally in a good spot now to say things that I probably couldn’t say before or was maybe afraid of.