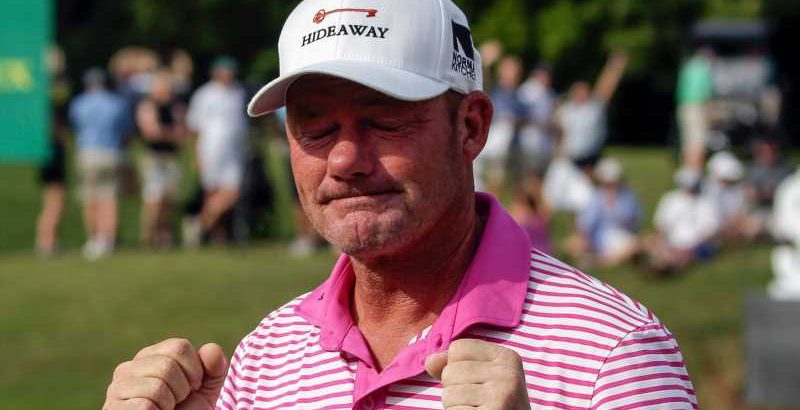 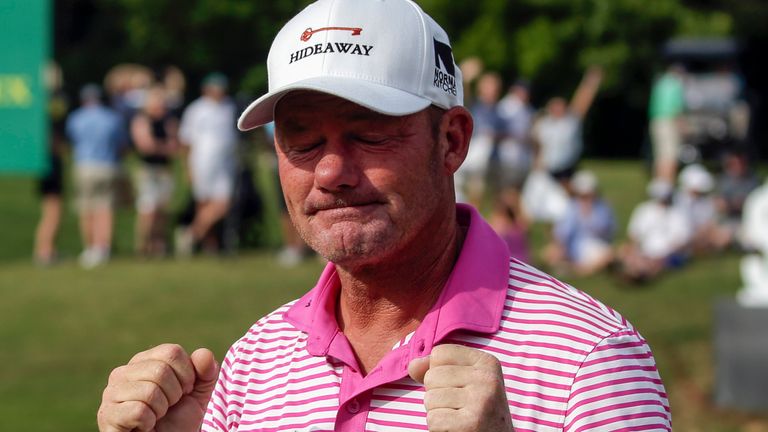 Cejka, making just his third start on the PGA Tour Champions after turning 50 in December, only made it to the field for the opening major of the year when Jay Haas withdrew through injury ahead of the event.

The four-time European Tour winner overturned a three-stroke deficit on the back nine to post a five-under 67 at Greystone Golf & Country Club and finish on 18 under alongside Stricker, the defending champion, before defeating the American with a birdie at the first extra play-off hole. 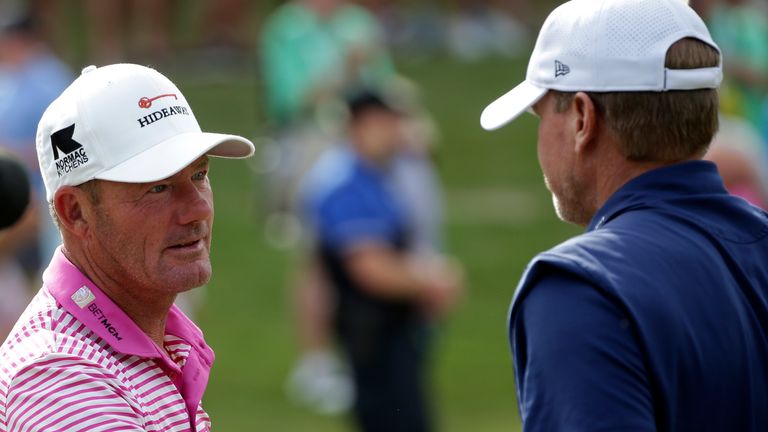 “It’s a dream come true,” Cejka said. “It’s like the first win on the PGA Tour. I mean, everybody grinds for so many years, and it’s just incredible right now. I have no words. I’m so happy.”

Cejka started the day a shot off the pace and slipped further behind with a three-putt bogey at the first, before following back-to-back birdies from the third by picking up a shot at the par-four sixth.

The Czech-born player made three consecutive birdies from the 12th to jump into a two-shot lead with five holes to play, only for Stricker to hole a long birdie at the 16th and take advantage of the par-five last to close a four-under 68 and force extra holes.

Both players returned to the par-five 18th, where Cejka rolled in a 14-footer for birdie and secured victory when Stricker was unable to convert from nine feet to extended the contest.

“I’m proud of the way I kind of fought back and battled back to get into the play-off,” Stricker said. “Just not making enough putts yet is the bottom line. I had an opportunity, like three more opportunities on the front that I didn’t make and missed the three-putt at No 11 and the playoff hole.”

Sweden’s Robert Karlsson finished three strokes back in third after a final-round 69, with Ernie Els six off the pace in tied-fourth alongside Jerry Kelly after a six-under 66 on Sunday lifted him to 11 under.

Bernhard Langer ended tied-sixth with Australia’s David McKenzie, while Darren Clarke – who led after the opening day and shared the 36-hole lead – posted a level-par 72 to finish in a share of eighth with Retief Goosen.