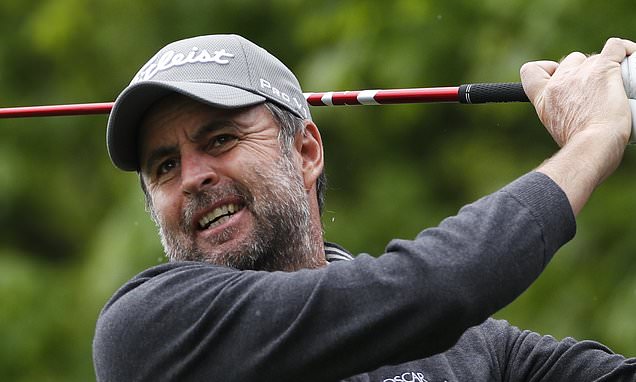 Englishman Richard Bland is 48 years old, playing in his 478th event on the European Tour at the Betfred British Masters — and still daring to dream he can win for the first time.

Never mind the old cliche about not getting ahead of yourself. After the no-mean feat of putting together 36 bogey-free holes around the Belfry to be tied for the lead with Scots Bob MacIntyre and Calum Hill, the Southampton veteran spoke of what it would mean to finally hold aloft a trophy.

‘When you think of the iconic status of this event and this venue, it would represent all my Christmases coming together at once,’ he said. 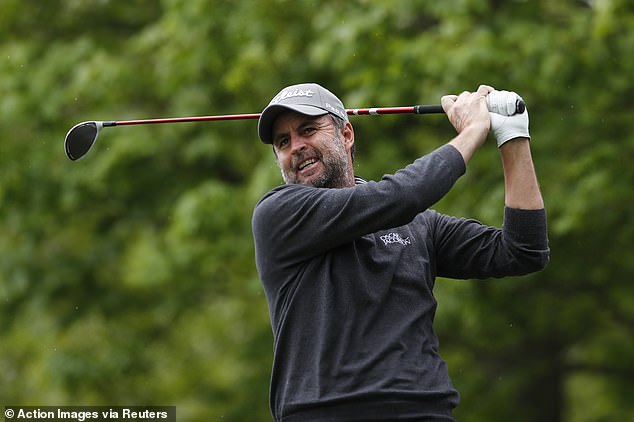 Bland started playing on tour in the last century and, while his career hasn’t touched the heights over the past 20-odd years, it is a testament to longevity and perseverance.

He’s had three runner-up finishes and 26 top 10s, in between nine trips to the qualifying school. There’s no sign of him stopping soon, either, as he outlined plans to compete on the Champions Tour in America once he turns 50.

MacIntyre, who just happens to be exactly half Bland’s age, made an incredible start to his round with five straight birdies, before losing momentum with a drive into the water at the difficult par-four sixth.

The Oban man then finished as he started, with three birdies in his final five holes for a wonderful 66. 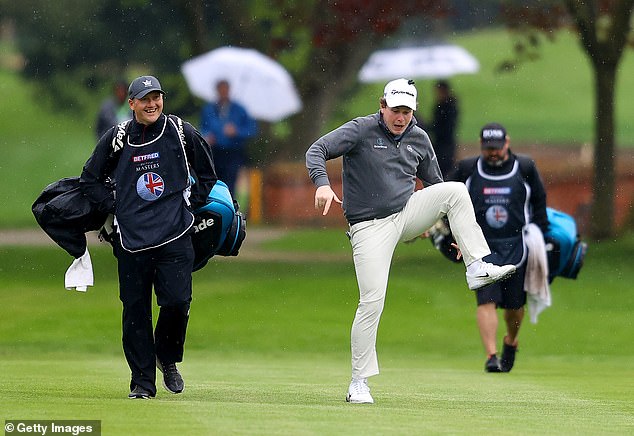 When Eddie Pepperell won this event three years ago, it elevated him to the fringes of the world’s top 30. Now aged 30, he’s outside the top 200 but there are signs he’s on the way back following a long spell of lean form.

A 12th-place finish in the Canary Islands last week was his best for eight months and a 68 left him just two strokes off the lead.

‘I’ve benefited from playing a bit more recently,’ he said.

‘My record has shown that I’m useless if I’m not playing competitively.’