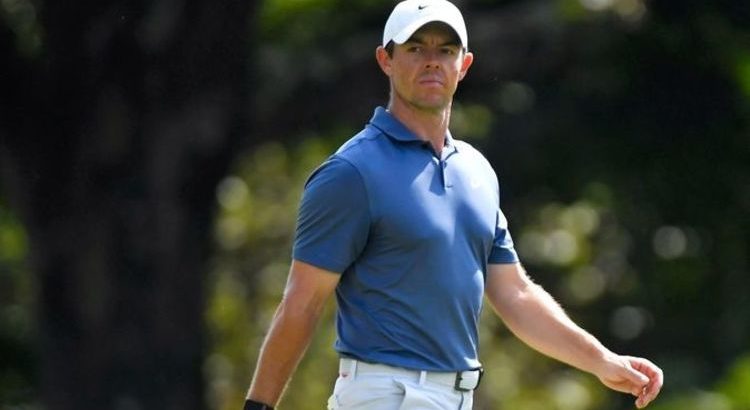 With two weeks to go before the event at Whistling Straits captain Stricker, was in Atlanta to meet and greet the six qualified players already on his US team, as well as some of his potential wildcard picks.

As a result, the 54-year-old hosted a dinner at the player’s hotel restaurant ahead of last week’s FedEx Cup finale to go over all things Ryder Cup, as the American’s look to regain the trophy from the European’s following their away defeat in Paris in 2018.

However, it seemed the American squad were unexpectedly met by one of their Team Europe rivals, as McIlroy gatecrashed their dinner that took place last Wednesday evening.

McIlroy revealed: “I called in. I was eating in the same vicinity, so I called in and said hello.”

JUST IN: Emily Pedersen to take on Team US caddie and boyfriend in Solheim Cup singles

Despite his surprise showing, the four-time major winner admitted there was no bad blood between the rivals, and that he only caught the recently announced US vice captains, Phil Mickelson and Fred Couples, as the playing contingency had already left.

McIlroy added: “It was all good, the players were gone and it was just the vice-captains. I didn’t hear any secrets.”

This makes up half of the American’s 12-man squad with the second six to be decided via Stricker’s captain picks in the next week, with the likes of Jordan Spieth, Tony Finau and Xander Schauffele all relying on a call from the skipper.

Whilst the US automatic qualification has already closed, those bidding for a spot in the European team have one more week to either sneak into an automatic spot, or impress captain Padraig Harrington, as the qualifying window closes following this week’s BMW PGA Championship at Wentworth.

Following the nine automatic spots, captain Harrington will have three wildcard picks to complete his team, with Ryder Cup stalwarts Ian Poulter and Sergio Garcia, as well debutant hopefuls Robert MacIntyre and Bern Wiesberger all gunning for a place.