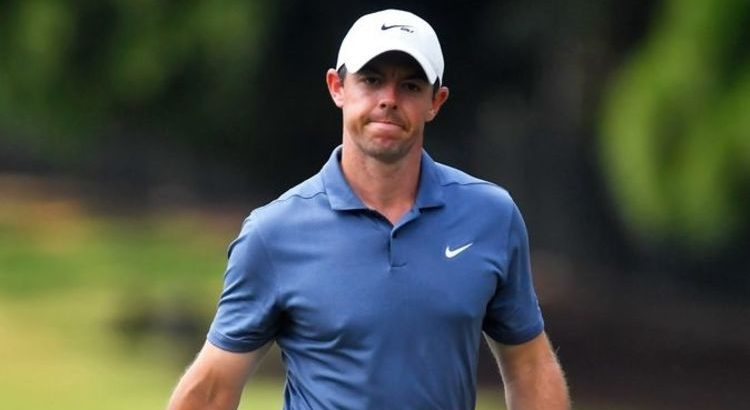 McIlroy was one of five golfers to be named as part of the European’s team for this month’s event, alongside World No 1 Jon Rahm, English duo Tommy Fleetwood and Paul Casey, and debutant Viktor Hovland.

With five of Harrington’s 12-man team now confirmed, four automatic spaces and three wildcard spots are still up for grabs to complete the European squad.

Following the confirmation of his first five players, Harrington gave his thoughts on the qualifiers, labelling the five-time Ryder Cup player McIlroy as one of his leaders within the squad.

Speaking ahead of this week’s BMW PGA Championship the captain said: “He [McIlroy] is an absolute leader. He has been incredible on and off the golf course this year, a real leader taking on a lot of responsibility.

JUST IN: Tyrrell Hatton makes ‘awkward’ confession as Ryder Cup place not confirmed ahead of BMW

“He’s done a lot of stuff and really moved into a new role for sure in his career and he is embracing it.”

The four-time major winner heads into this year’s team event as one of Europe’s most experienced players having performed in blue and gold at the last five Ryder Cups, accumulating an impressive 13 points across that time for his team.

One other man who Harrington also believes bodes strong leadership skills within his team is world No 1 Rahm.

Like McIlroy, the captain admitted he will also be looking the way of the Spaniard to help lead the European’s to their fifth win in six events, even comparing him to former European captain Colin Montgomerie.

When asked about what the world’s best golfer would bring to the team, Harrington replied: “Oh, what a player and what a leader, we’re going to send him out and he’s going to play golf.

“The way he’s been playing, the way he’s been delivering on the golf course it’s kind of Monty-esque, somebody that is certainly going to be an inspiration to the players out there on the course.”

This week’s BMW PGA Championship will prove pivotal for the European team, as automatic qualification will come to a close following Sunday’s final round.

Furthermore, a number of wildcard hopefuls including Ian Poulter and Justin Rose will also be taking to the Surrey course this week, in the hope of impressing skipper Harrington ahead of his three captain’s selection.

However, the Irishman will also be looking to concentrate on his own game, as well as his captain duties as he will be taking part in the tournament alongside his player hopefuls.

The European captain will get his week underway in tomorrow’s opening round at 12:40pm, alongside the already selected Hovland, as well as reigning champion Tyrrell Hatton, who is all but qualified for this month’s team event in Wisconsin.