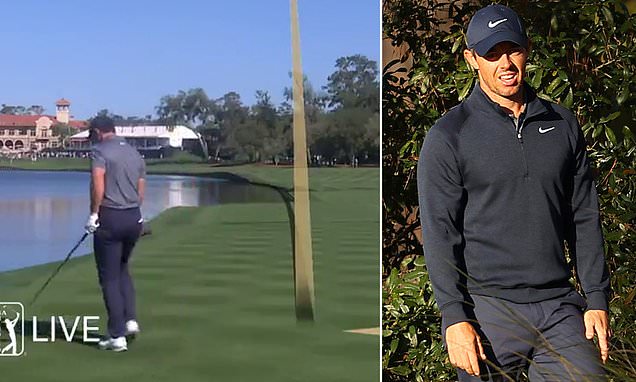 Rory McIlroy endured a disastrous start to his title defence at the Players Championship on Thursday when he found the water twice to record a QUADRUPLE-bogey eight on the unforgiving 18th hole.

The Northern Irishman was among the bookies’ favourites heading into the tournament but his first round started in the worst possible way as he recorded a double-bogey first, before being unable to find a single birdie on his front nine.

Teeing off on the 10th, the halfway point of his round came at the 18th and it was memorable for all the wrong reasons as he found the water twice. 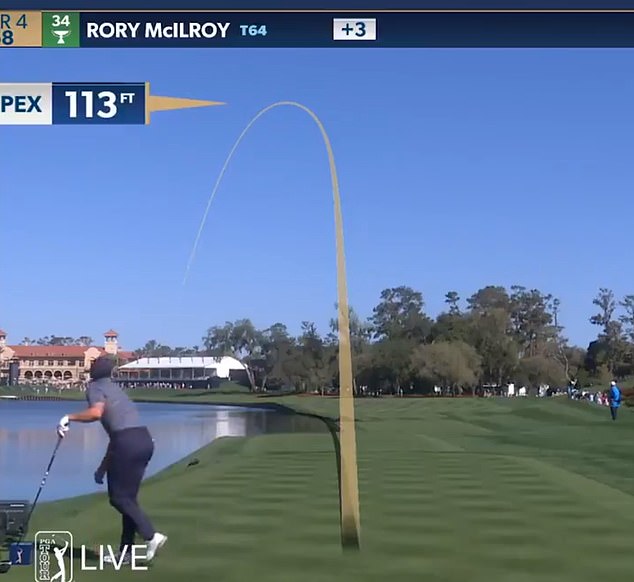 Rory McIlroy tees off on the 18th hole at TPC Sawgrass, but he found the water down the left 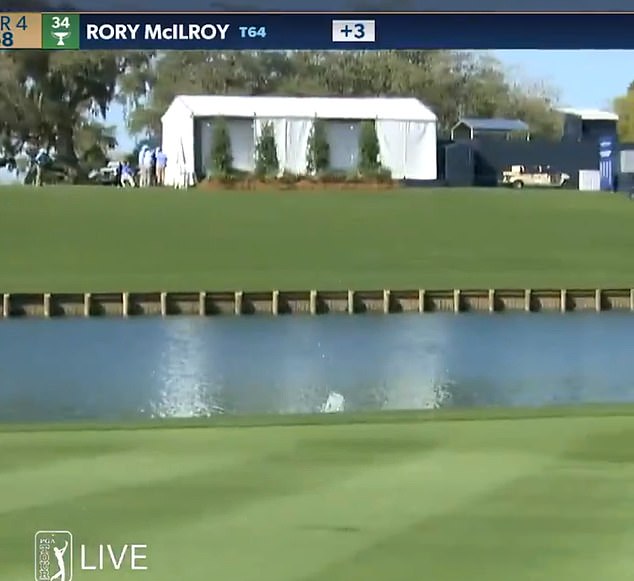 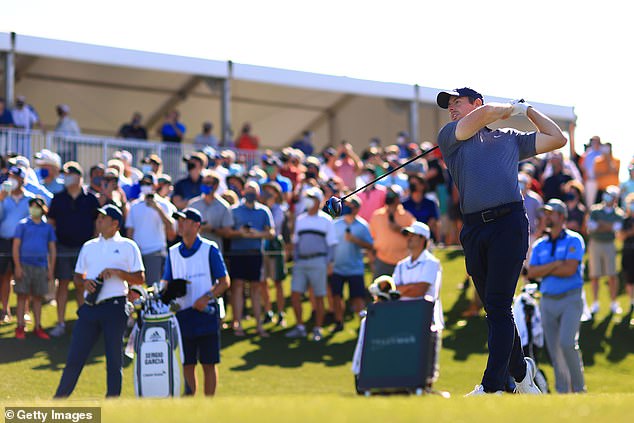 The Northern Irishman endured a terrible hole on the 18th, recording a quadruple bogey

His first tee shot hooked left and dipped into the drink, before he took a drop and then proceeded to once again find the water, eventually holing an eight on the par-four hole.

A fightback then began on the first tee – McIlroy’s 10th hole – and he recorded back-to-back birdies, but then came crashing to a halt once more with back-to-back bogeys straight after.

At the turn, McIlroy sat 73rd in the leaderboard, a worrying 12 shots off the in-play leader Matt Fitzpatrick. 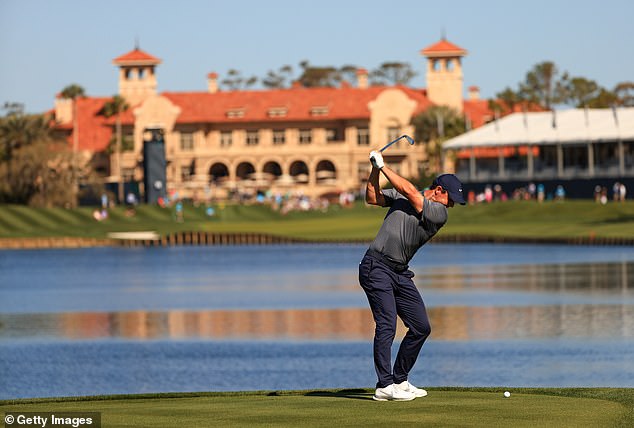 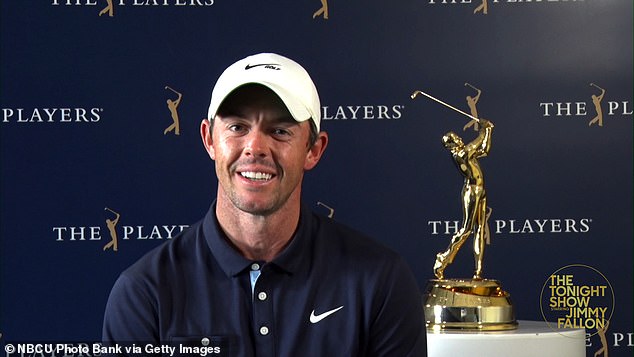 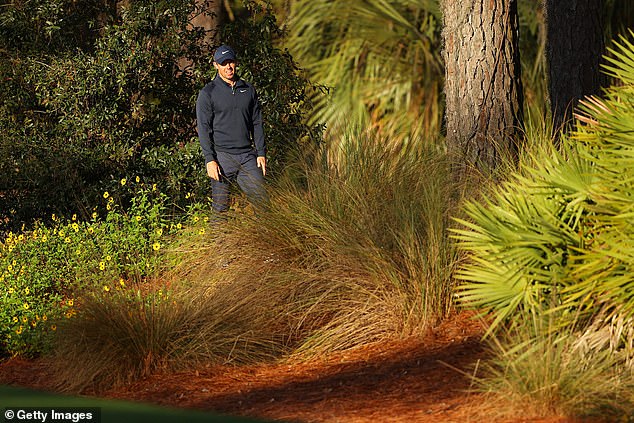 But it very quickly went wrong for the Northern Irishman, who was down in 72nd at the turn

McIlroy won the tournament in 2019 – the last time it was played due to the 2020 edition being cancelled due to the coronavirus.

He finished 16-under-par, beating Jim Furyk by a single shot to secure the top prize, but it will be a near-miracle if he can recover from his awful start on Thursday.

Lee Westwood, Sergio Garcia and little-known American Harry Higgs were among the early front-runners at TPC Sawgrass on day one.