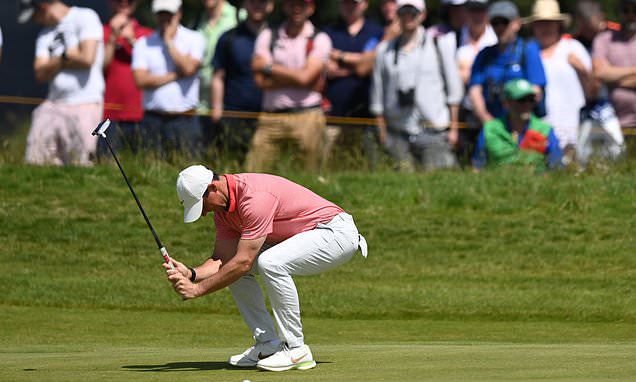 Whatever he does on Sunday, Rory McIlroy will depart the 149th Open Championship with mixed memories of a semi-super Saturday that went from terrific to tawdry.

Three days short of the seventh anniversary of the third of his four major triumphs, at Hoylake on July 20, 2014, McIlroy turned back the clock to remind fans of his glory days. They, in turn, responded with the loudest roars of the week as their hero showed 32,000 spectators at Royal St George’s that he is far from being a spent force at 32.

The comeback did not last beyond the ninth hole as his dazzling panache and sparkle suddenly faded in glorious sunshine. 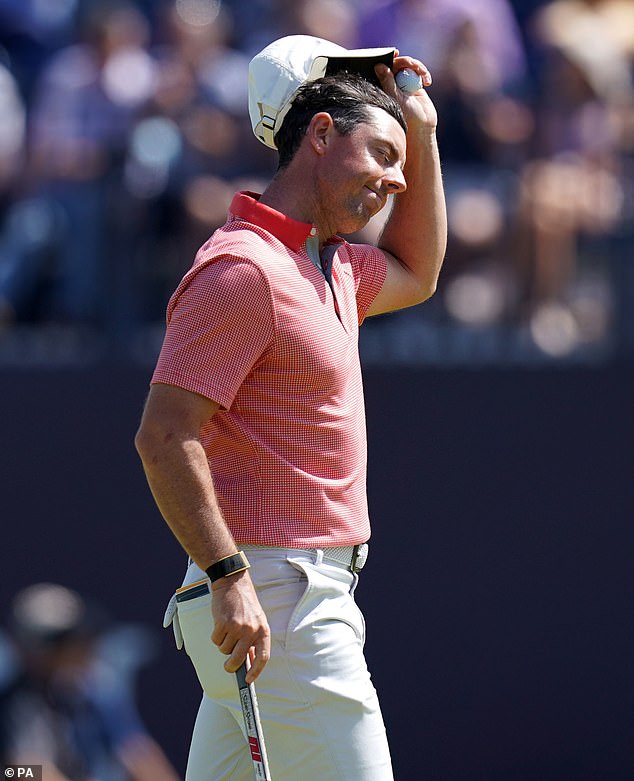 A majestic front nine containing four birdies and a single bogey enabled him to turn in 31 blows on four-under-par. It served as a partial reminder of why he has spent in excess of 100 weeks of his career in the No1 spot in world golf.

Not even the presence of a hare scurrying across the fourth fairway deterred him from subsequently draining a near 30-foot putt for his second birdie of the day.

McIlroy had begun the third round level following back-to-back 70s with his race seemingly run. But an opening birdie galvanised him and, with crowds keen to lend their full backing to his bid to mount a spectacular comeback, he was off and running.

Having reduced the leeway on halfway leader Louis Oosthuizen to seven shots with nine holes to play, there appeared to by a slim chance that McIlroy might yet emerge as a contender. 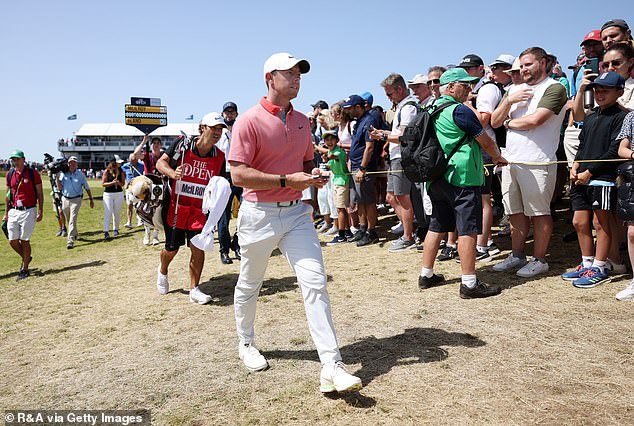 He had the bit back between his teeth and was clearly of a mind to take a sizeable chunk out of the South African’s lead. But after safely negotiating the 10th, the rot set in at the next when he missed a ‘tiddler’ from about 18 inches and his golf was never the same after that.

Following a third bogey at 13, McIlroy threw his club in disgust when he sent his tee shot at the next left into the rough. He escaped with a par but was clearly rattled and a third dropped shot in five holes put paid to any hopes of a surge today.

He said: ‘It was sort of a tale of two nines. But it certainly felt like a better round than one under and there are encouraging signs that my game is getting there.’ 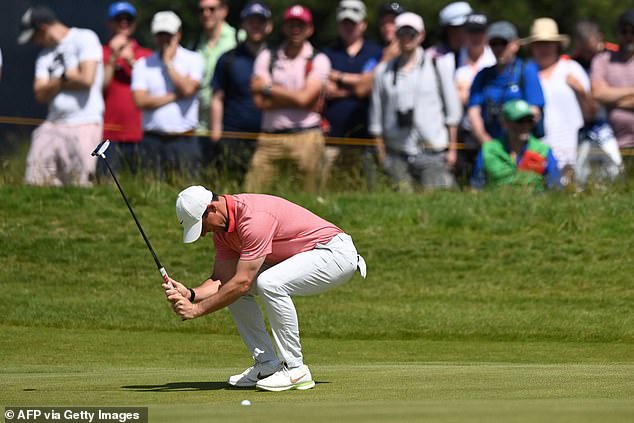 McIlroy missed another put for a bogey on the 13th, a third of the day which ended his hopes

Having only just survived on the cut mark of one over-par, he repaid the golfing gods with a third-round 65. He also kept the best till last when he sank a 60-foot putt for his sixth birdie of the day and then gave himself an uncharacteristic pat on the back.

‘I’m a big critic of myself as much as anyone but I know when my game is good and, as much as you beat yourself up, you have to also pat yourself on the back as well and keep your chest out,’ he said.

‘Sometimes I bum myself up and occasionally it’s even better than that. Now I will sit down and speak with the team and say, “that was a really good performance”.

‘I didn’t feel I got anything out of the first two days other than making the cut, but I felt I had left something behind and today was about putting the foot on the gas again and it paid off.

‘It was a bonus at 18. You are not expecting to hole that, you are just trying to get down in two. But my pace was great all day and I had a decent line and it went in.’