Justin Rose suffered a costly concentration lapse in Antalya as he seeks to retain his Turkish Airlines Open title and regain his world No 1 ranking.

Rose began Saturday’s third round with a two-shot lead, but ended it three behind China’s Li Haotong after hitting three balls into the water in the space of nine holes in an untidy 69.

Li’s flawless 63, which included an eagle and six birdies in the first 12 holes, gave the 23-year-old a 17-under-par total of 196 and a three-shot lead over Rose and France’s Alexander Levy. Thorbjorn Olesen, the 2016 winner, is a stroke further back. 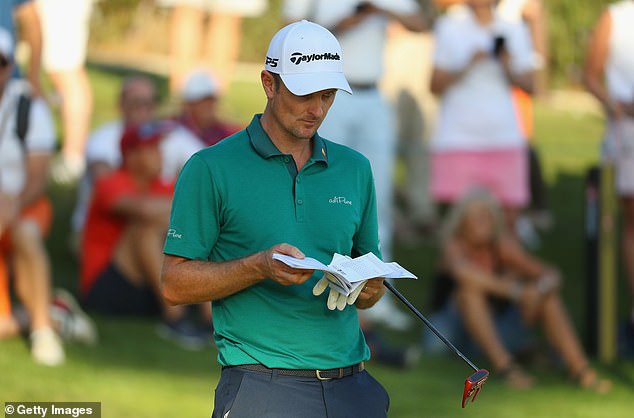 ‘I struggled with my focus and concentration and made a couple of questionable decisions,’ said Rose, who will replace Brooks Koepka as at the top of the world rankings if he can win today.

‘It was maybe a little bit of tiredness at the end of a long season.

‘Being three shots back, you have to put your foot down and go for it,’ Rose said. ‘It does not mean reckless aggression, but you have to pick your moments to be aggressive. 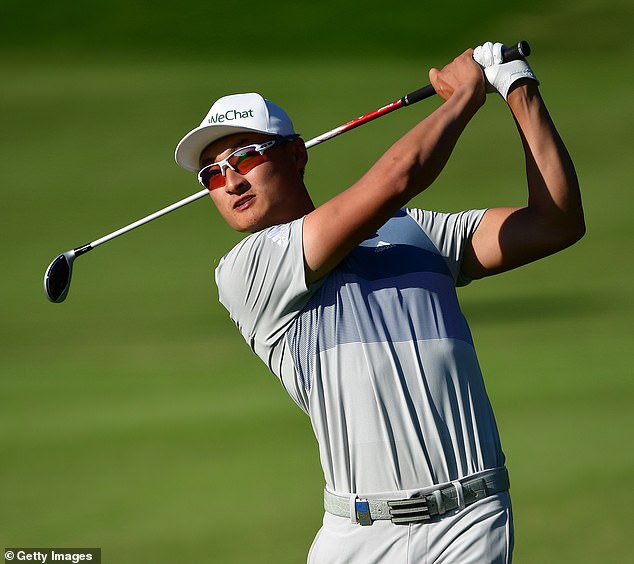 ‘In some ways there’s nothing to lose and everything to gain. I’m going to have to shoot in the mid-60s and it’s maybe easier than if I was one ahead.’

Li chipped in for his fifth birdie of the day on the ninth to cover the front nine in 29. He took the outright lead in even more spectacular style by holing from 173 yards for an eagle on the next.

A birdie on the 12th took him three shots clear and although Rose closed to within a shot after birdies on the 11th and 12th, dropped shots on the 13th and 18th left the Olympic champion facing an uphill battle.

Li has finished no worse than 11th in his last three starts. ‘Those three weeks gave me a lot of experience and confidence, especially against the best golfers in the world,’ Li said.

England’s Danny Willett and Sam Horsfield are five shots off the pace on 12 under, with Ryder Cup star Tommy Fleetwood and South Africa’s Thomas Aiken a shot further back.