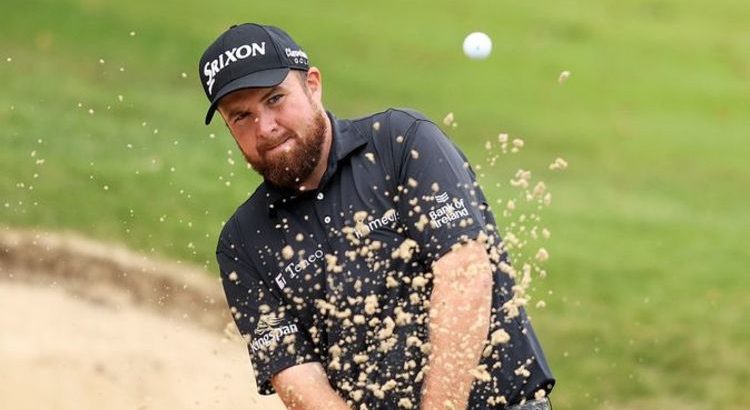 Shane Lowry strengthened his chances of making the European Ryder Cup team via the automatic places, following a second round six-under par 66 at the BMW PGA Championship.

Lowry came into the flagship European Tour event at Wentworth knowing he needed a top eight finish to confirm a definite place in Padraig Harrington’s Ryder Cup team, and kicked off his event slowly but surely with a two-under 70 on day one.

However, the Irishman came out for Friday’s second round meaning business, as his round of six-under moved him to eight-under-par for the tournament, leaving him in a tie for third as it stands.

Speaking after his second round, Lowry admitted he was happy with his opening two days in Surrey, but did believe he could have gone even lower than Friday’s 66.

He commented: “I came here with a little bit of pressure on me, I needed to perform and play well and I’ve done that the first two days.

“I’m pretty happy to be honest. Yesterday I came off the golf course feeling like I should have shot better than two-under, and I know 66 is pretty good around here but I think I could have shot a couple lower if I cleaned up a couple of times a bit better.

The Irishman headed out as one of day two’s early starters knowing he needed to go low to kickstart his chase for a top eight finish, and the 34-year-old began his second round in perfect fashion, by picking up birdies at two, four, six and eight to leave him four-under at the turn.

After four straight birdies to begin his back nine, Lowry then got himself back on the birdie trail, thanks to a superb two at the par three 14th, however his efforts were in vain as he cancelled this out with a frustrating bogey on the following hole.

Fortunately, the 34-year-old reacted perfectly by carding back-to-back birdie fours on the two final par fives at 17 and 18, to leave him well in contention for both the tournament and a Ryder Cup spot heading into the weekend.

Coming into this week one of Lowry’s main competitors for an automatic place, was his Wentworth playing partner Lee Westwood, who also enjoyed an impressive Friday outing by carding a second successive two-under 70 to leave him four-under for the event.

Despite Lowry’s potential Ryder Cup hopes hinging on the performance of playing partner Westwood, the Irishman insisted he was just concentrating on his game rather than anyone else.

He commented: “I’m trying to focus on my own game, I’m pretty happy with what I’ve shown, obviously I want to make the team automatically.

“I think I’ve played some really good golf over the last few months to put my hand up for a pick if I do need one on Sunday evening but I just need to do my own thing over the weekend.”

Whilst Lowry of course dreams of making the European team that will head to Wisconsin for the 43rd Ryder Cup in two weeks’ time, he also admitted his main aim first and foremost this week is to win the BMW PGA Championship.

He added: “I’m here to win the golf tournament, obviously I’m here to make the Ryder Cup team as well, but I really feel that this course – maybe doesn’t owe me anything because I had some great results on here – but I’d love to win this tournament because it’s so big.

“It’s our biggest event in Europe and I’ve been close a few times, and it would be great to be standing on that 18th green on Sunday with the trophy.”