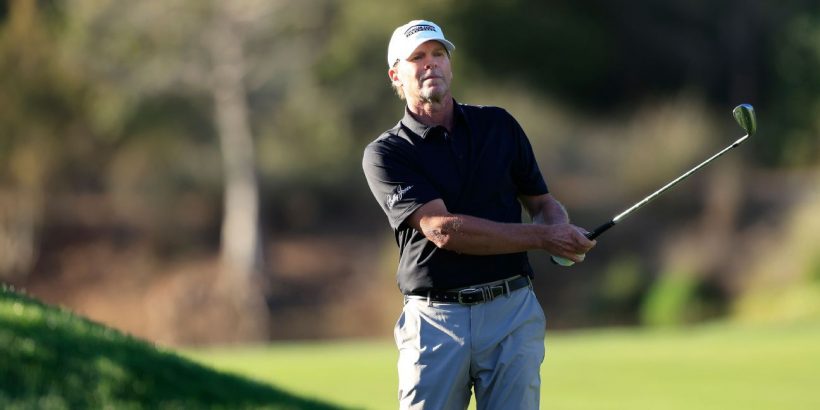 PONTE VEDRA BEACH, Fla. — Steve Stricker began the week as the fifth alternate in the Players Championship field. He woke up early Thursday morning in Naples, Florida, realizing he was one player withdrawal away from getting into the tournament.

A few hours later, he was on his way to PGA Tour headquarters. And by 6:30 p.m. ET, the U.S. Ryder Cup captain had shot 2-under-par 70 at TPC Sawgrass to finish the first round in a tie for 12th.

“I didn’t have to put through the grind Monday [or] Tuesday,” said Stricker, 54. “I actually didn’t even play or hit a ball Monday or Tuesday back in Naples. I played Bay Hill [the Arnold Palmer Invitational] last week; that kind of beat me up a little bit, especially on Sunday.

“I just got some rest, played about 14 holes yesterday, didn’t even hit any balls, I played with my wife [Nicki] — so I came here with not a lot of expectations but excited to be here, and I know my game is in decent form. So I was excited to come here to a place that I have played a bunch before, and the hard part was just trying to get the speed of the greens, the chip shots, how they’re going to roll out, all that kind of stuff. How you play those shots out of the rough. That was the hard and challenging part.”

There were several logistical things Stricker needed to work through prior to being able to play. First, he needed the players ahead of him to drop out.

Brooks Koepka withdrew on Sunday because of a knee injury; Danny Willett withdrew Tuesday because of a positive COVID-19 test; John Huh decided not to make the trip from Dallas, so he removed himself from the alternate list.

With Huh out, Stricker knew on Wednesday he was a second alternate. He woke up at 6:45 a.m. on Thursday and had a message from the PGA Tour that Harris English had withdrawn, meaning Stricker was first alternate.

Knowing that Justin Rose had a back issue last week, Stricker decided to make the journey. Sure enough, Rose withdrew.

He arranged for a private plane to take him from Naples to St. Augustine, had a tournament courtesy car waiting for him near the tarmac and arrived at the golf course by 10:30 a.m. He first had to take a COVID-19 test, and it took an hour for the results to come back before he could get onto the course to practice. He ended up having plenty of time prior to his 1:11 p.m. tee time.

Stricker said he arranged to have English’s caddie, Eric Larson, caddie for him, so that was one less person to worry about getting tested.

Starting on the 10th hole, Stricker birdied five of his first eight holes and shot 33. He then played the front nine in 1 over par on a day in which the scoring average was 73.802.

“Crazier things have happened, right? And I keep telling myself that,” Stricker said. “I got off to a good start today. I’m 2 under, and it was a good solid first day and you just have to pay attention going around here. It can jump up and get you at any moment.

“I made four birdies in a row and I wasn’t trying to get ahead of myself or anything like that, and I think I just kind of was running out of gas on the other side, just trying to make pars at that point and get it to the house.”

Stricker has played four times on the PGA Tour this year, with his best result a tie for fourth at the Waste Management Phoenix Open last month.

After a long day, he was asked if he had a place to stay.