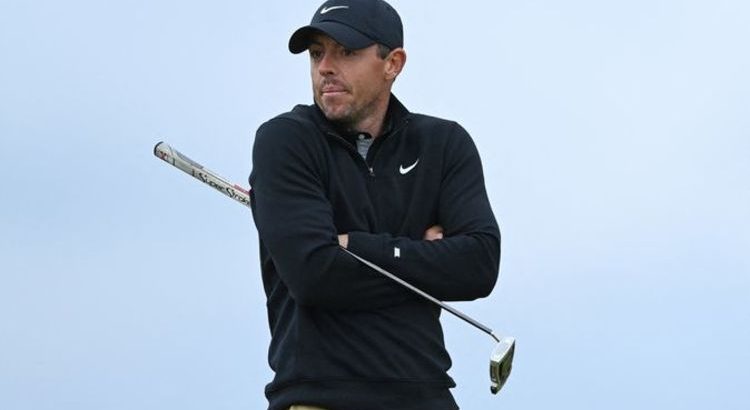 Rory McIlroy is one of a few golfers in the modern era who enters every major championship under a heap of pressure to win, but Thomas Bjorn believes the Northern Irishman is at a place in his life now where he can block out all the expectations. When McIlroy won the US Open 10 years ago in his early 20s, there was a sudden urge to label him as the ‘next Tiger Woods’.

The American golfing icon’s achievements in winning 14 majors in just nine years was unprecedented, becoming only the third player in history to reach double digits.

For many, winning just one major can be seen as a huge achievement in itself.

But Woods brought a different mentality to golf where winning was all he ever sought to do.

For McIlroy, he looked well on his way to be on a similar trend after winning four majors before the age of 26.

The search for the Career Grand Slam still lingers on though having failed to win so far at The Masters despite multiple close calls.

His last major triumph though was seven years ago with more expectation and pressure on McIlroy to find that elusive fifth every time he steps up for a big championship.

He’s admitted in the past that the pressure has gotten the better of him, but Bjorn believes McIlroy is now in a more “comfortable” place having recently brought in Pete Cowen to help change his swing.

Bjorn, speaking in conjunction with William Hill, told Express Sport: “I worked with Pete for 10 years and he’s a fantastic golf coach. In between the two of them, they’re on a path where they are going to find some success with it. It’s just a question of letting it happen.

“I don’t think he identifies with what a lot of other people think of him that he has to constantly be at the top of the game as in constantly having to challenge the way Tiger was.

“He enjoys his golf, he wants to compete and be the person he is. He wants to play better but I think he’s very comfortable where he is.

“He knows to stick with it, be patient with it and then it will kick into gear eventually because when you’re that good, it does kick into gear.”

And Bjorn is happy to see McIlroy playing more recently with the 2018 European Ryder Cup captain confident that it is a sign the 32-year-old is feeling good about his game.

“He came to a conclusion that he wanted to make some changes and every player gets there at some stage in their career,” he added.

“Some take to it very easily and some take a little more time.

“Pete Cowen was very clear with Rory that this could take a little bit of time and be patient with it and I think Rory is clever enough to know that’s the way it is sometimes,

“He understands that people are watching, people want him to improve very quickly and come back to where he was.

“He is very much the story at every major championship he plays, or part of the story.

“So he understands there are a lot of outside forces that are pushing and asking questions.

“He didn’t play the way he wanted in Ireland or last week but I think it’s part of the process.

“The one thing I like is that he’s playing golf tournaments. Rory, for me, I don’t think plays enough golf tournaments and that’s something that is changing at the moment.

“I don’t think he is where he wants to be but he went to Ireland and Scotland to get out on the golf course and I think that’s a good sign that he is not shying away from playing.

“When you’re really uncomfortable with things and you don’t know know what you’re doing, you don’t want to play. You go home and you work, but it shows me that he’s comfortable in what he’s doing.”

Thomas Bjørn was speaking in conjunction with William Hill ahead of The 149th Open Championship at Royal St. George’s.