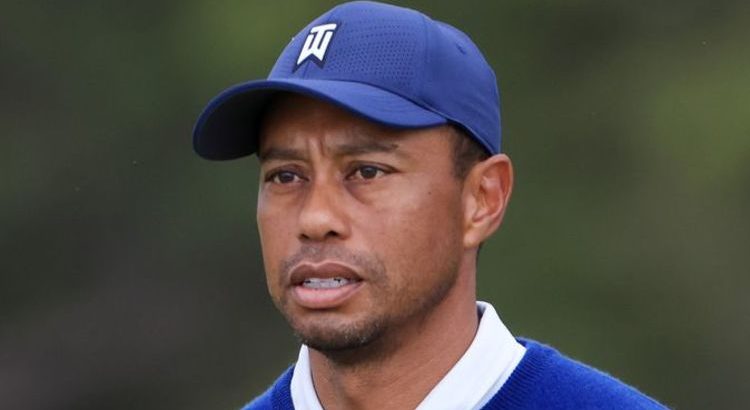 Golfing great Tiger Woods has finally been spotted back on the golf course eight months on from a horror car crash in Los Angeles, as he watched over his son Charlie at a junior event in Florida.

The 15-time major champion has not been seen on the golf course since December 2020, again when he was alongside his son as they took part in the PNC Challenge at Ritz-Carlton Golf Club.

His last professional performance came at last year’s Masters tournament – a month before the PNC – as ongoing back problems prevented him from playing in the early stages of the 2021 season.

Woods’ time away from golf was then prolonged even more earlier this year, after suffering severe injuries during the crash that happened in LA whilst the 45-year-old was in the area to host the Genesis Invitational at the Riviera Country Club.

However the 82-time PGA Tour winner is finally back in and around his natural habitat, after being pictured – whilst wearing golf clothing – overlooking son Charlie on the range at a Florida junior event over the weekend.

It isn’t yet known if Woods is able to swing a club himself after a source told People back in August that the 45-year-old was still unable to play golf following the injuries he sustained.

Whilst the 2019 Masters champion’s public appearances have been rare this year, some of his closer friends within the golfing world have given fresh updates on his condition and rehabilitation.

Most recently the US-winning Ryder Cup captain revealed that the joint most successful PGA Tour player was improving and ‘moving in the right direction’ whilst in recovery from the crash.

Ahead of last month’s event at Whistling Straits Stricker said: “He’s a part of this Ryder Cup family.

“He won’t be able to be a captain’s assistant this time around just because of his ongoing rehabilitation to try to get better and try to play golf again, and that is going well. He’s progressing, he’s doing well, things are moving in the right direction.”

Despite Woods not being in Wisconsin alongside the USA team he still played a part in their record breaking victory, as a number of members from the host team camp – including Olympic champion Xander Schauffele – revealed the 15-time major winner sent a number of inspiring messages to the team.

Following their dominance on day one of the event Schauffele revealed: “We got a nice message from Tiger last night, obviously we’re not gonna reveal what it said, but Pat [Cantlay] and I knew we referred to it a few times today and we knew what we needed to do.”

Close friend, and former Ryder Cup teammate, Rickie Fowler also gave an update on Woods’ recovery two months prior at the 3M Open in Minnesota, as he confirmed that the 45-year-old was ‘putting the work in’ during his recovery.

Whilst Woods’ playing return date is still unknown, the American did confirm he would be hosting this year’s Hero World Challenge event in the Bahamas this November, after the event was postponed last year due to the COVID-19 pandemic.