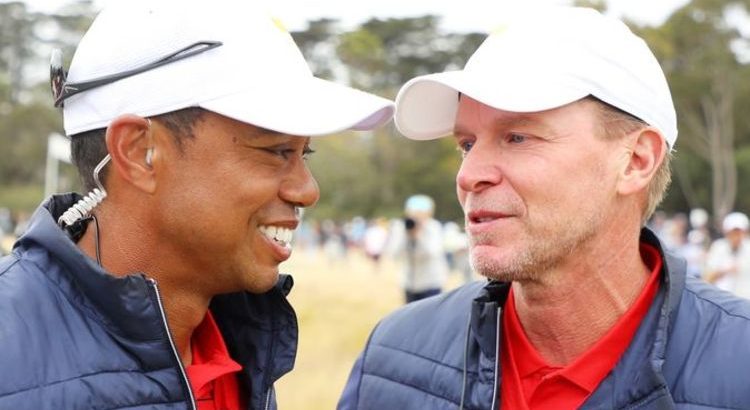 Stricker was speaking to the media after revealing his six wildcard selections for this month’s Ryder Cup at Whistling Straits, announcing Xander Schauffele, Jordan Spieth, Tony Finau, Harris English, Daniel Berger and Scottie Scheffler had all earned a place.

As well as discussing the confirmation of his 12-man team, the US captain also revealed he had recently been in close contact with the 15-time major winner, as he looked for some Ryder Cup pointers.

While also speaking about his Ryder Cup plans with Woods, Stricker also provided an eagerly anticipated update on the 82-time PGA Tour winner’s health, as he continues to go through rehabilitation following the accident earlier this year.

“He’s a part of this Ryder Cup family; he won’t be able to be a captain’s assistant this time around just because of his ongoing rehabilitation to try to get better and try to play golf again, and that is going well. He’s progressing, he’s doing well, things are moving in the right direction.”

JUST IN: US Captain Steve Stricker apologised to Patrick Reed ‘many times’ after Ryder Cup snub

The 2019 Masters champion was involved in the accident in Los Angeles earlier this year, after being in the area to host the annual Genesis Open at the Riviera Country Club a day prior.

Following the accident, Woods sustained severe injuries to his right leg, having suffered ‘open fractures affecting the upper and lower parts of the tibia and fibula bones’ resulting in extensive, immediate surgery.

Stricker’s update is not the first piece of positive news regarding the 45-year-old’s rehab, after former Ryder Cup teammate, and good friend of Woods, Rickie Fowler gave an update on his welfare at July’s 3M Open.

Speaking at the recent PGA Tour event at TPC Twin Cities Fowler said: “I know he’s been getting after it as far as rehab goes, that takes up most of his day.

Just a week later, Woods was then pictured in a rare public appearance, as he was seen applying significant weight to his surgically-affected leg outside of a Beverly Hills hotel at the end of July.

The golfing great has not featured in a Tour event since the 2020 November Masters at Augusta, thanks to ongoing back problems and the injuries sustained in the accident.

While it is unknown when the 82-time PGA Tour winner will return as a player, Woods did recently announce via social media that he would be hosting the returning Hero World Challenge later this year, after it was postponed in 2020 due to the COVID-19 pandemic.