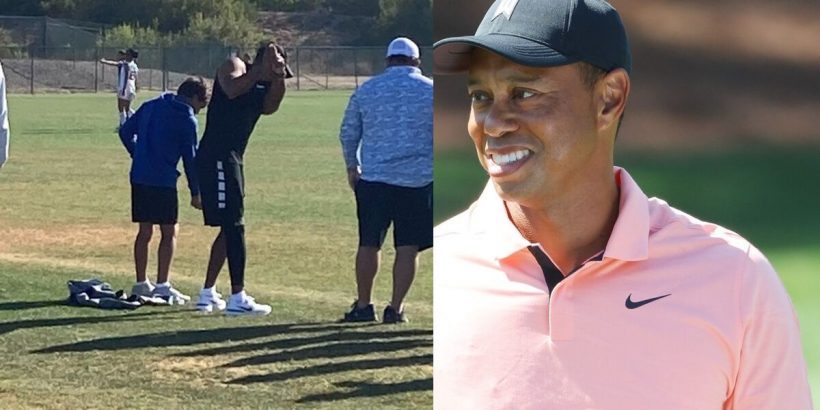 Tiger Woods is clearly focused on playing The Open Championship at St Andrews in July – even when he’s watching football. Just 14 months after suffering a high-speed car crash that left him with multiple breaks and fractures in both legs, the 46-year-old made a remarkable return to golf at the US Masters in April.

He proceeded to make the cut at Augusta, and then entered the US PGA Championship at Southern Hills the following month. Again he made the cut, but this time around his physical problems caught up with him and he forced to withdraw after three rounds.

That cast doubt on his intention to play at ‘the home of golf’ in July, a venue where he has twice won the Claret Jug in 2000 and 2005. He had also committed to playing the JP McManus Pro-Am at Ireland’s Adare Manor as part of his build-up.

The 15-time major winner missed the US Open and a recent picture on social media showed the true extent of his harrowing injury for the first time. But he’s clearly still thinking about his game during his enforced break, with the @TWlegion Twitter account posting a photo of him taking a practice swing whilst on the sidelines at a local football match. 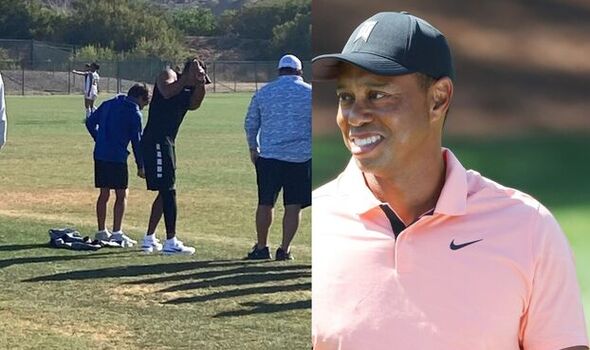 “GOAT — Tiger was practicing his swing while watching a soccer game, the man never stops working,” they wrote. The icon was seemingly stood next to son Charlie at the time, and both were there to cheer on his daughter, Sam.

The post was well received by fans, with @GolfShotgun1 stating: “He’s going to play St Andrews and by god, he’s going to win,” while @djlettieri joked: “In some ways he’s just like the rest of us when it comes to golf….” 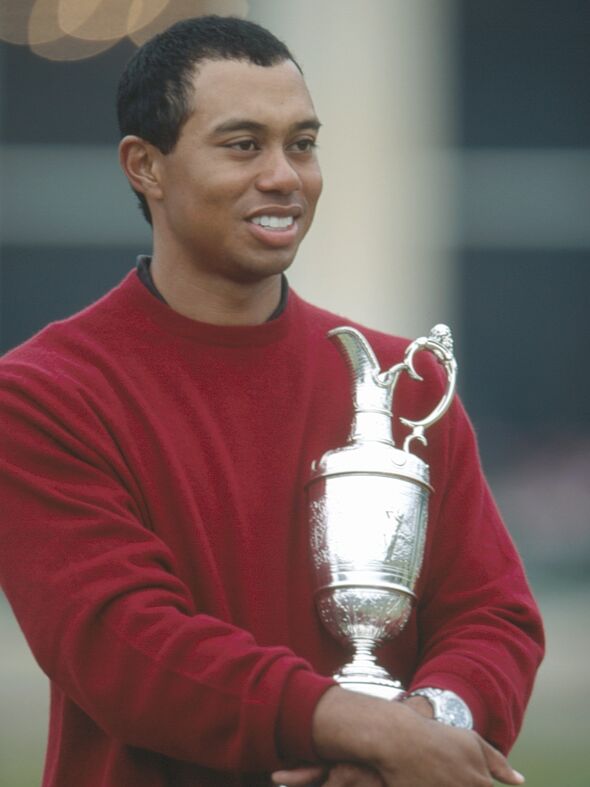 American sports journalist Jeff Eisenband warned: “Tiger working on his backswing, Charlie working on his position at address. The PNC Championship [a tournament for fathers and sons] field is doomed this fall.”

One place fans won’t be seeing Woods it seems, is the Saudi-backed LIV Golf Invitational tour. Greg Norman has claimed the star turned down a huge money move to join the likes of Phil Mickleson in his rebel series.