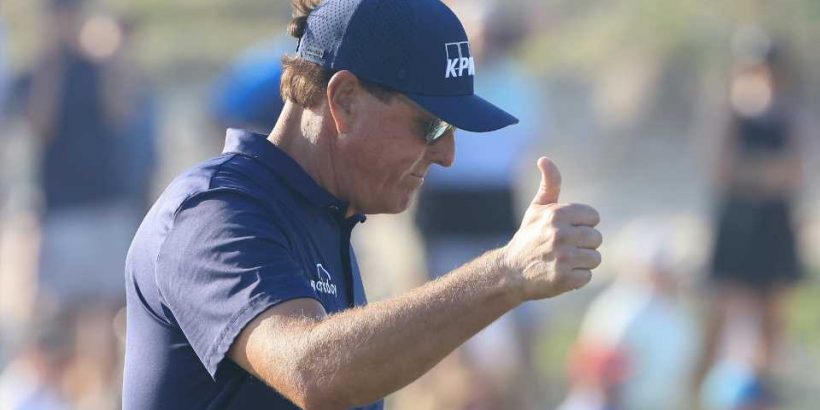 The 2021 U.S. Open is nearly ready to begin, and the storylines are as exciting as ever ahead of the mid-June event. Phil Mickelson is fresh off becoming the oldest major winner at 50 years old, and he’ll look to complete an improbable repeat in the one major he has never one.

Bryson DeChambeau is looking to win his second consecutive U.S. Open title as he looks to gain ground on his rival, Brooks Koepka, who won the major back-to-back in 2018 and 2019. The two have been feuding for a long time and while there was some speculation that the two could be paired for the early-round action as two of the three most recent winners, that didn’t happen.

And though Jon Rahm was knocked out of the Memorial Tournament with a positive COVID-19 test, he is back and favored to win his first major as he continues to round into form.

The U.S. Open looks like a must-watch event this year, and it could be an electric one if Mickelson plays wells and Koepka and DeChambeau continue to go at it. Here is a complete guide to watching the 2021 U.S. Open, including the start time and TV channels for each round.

What channel is the U.S. Open on today?

There will be streaming opportunities for each round as well, and Peacock, an NBC Universal streaming platform, will broadcast some exclusive action as well in the first two rounds. Elsewhere, fuboTV, which offers a seven-day free trial, will allow golf fans to get in on the action as they will be carrying NBC and Golf Channel streams for the event.

Viewers in Canada can catch every round of the 2021 U.S. Open on TSN.

Here are the complete PGA Championship tee times for Rounds 1 and 2 on Thursday and Friday.