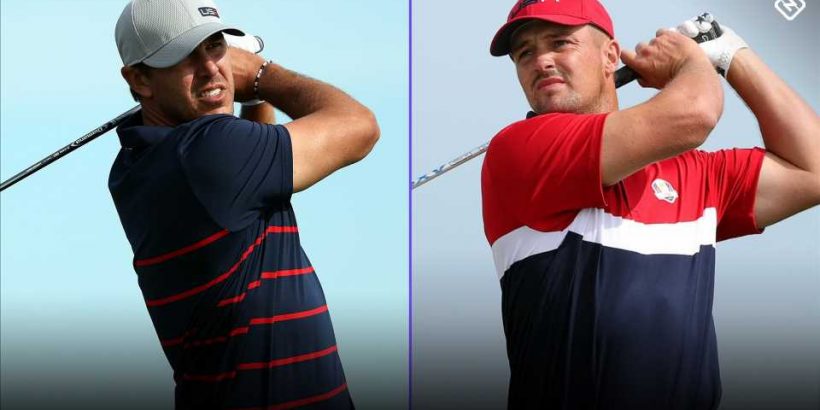 Brooks Koepka and Bryson DeChambeau will take their infamous feud to Las Vegas on Friday, Nov. 26 as they compete in the fifth edition of ” The Match .”

The two professional golfers will compete against each other one-on-one over the course of 12-holes. This will only be the second time that “The Match” competition has been between two golfers. The other three times have showcased two teams of two competitors, typically a professional golfer and another athlete team up.

Here’s everything you need to know about when “The Match” takes place, and how to tune in.

What time does The Match start?

What channel is The Match on?

The main broadcast of “The Match” will be shown on TNT. However, other Turner owned platforms such as TBS, truTV and HLN will show simulcasts.

For those watching on television, here’s the list of TNT’s HD channel numbers for a number of the major providers:

How to live stream The Match: Bryson vs. Brooks

The Match between Bryson DeChambeau and Brooks Koepka can be streamed live with the Watch TNT app, which requires you to log in with your television provider information.

Two-time “The Match” winner Phil Mickelson will make his debut as a commentator for this matchup. Joining him will be Mickelson’s former “The Match” partner, Charles Barkley. Barkley will make his third appearance as an analyst for the event.