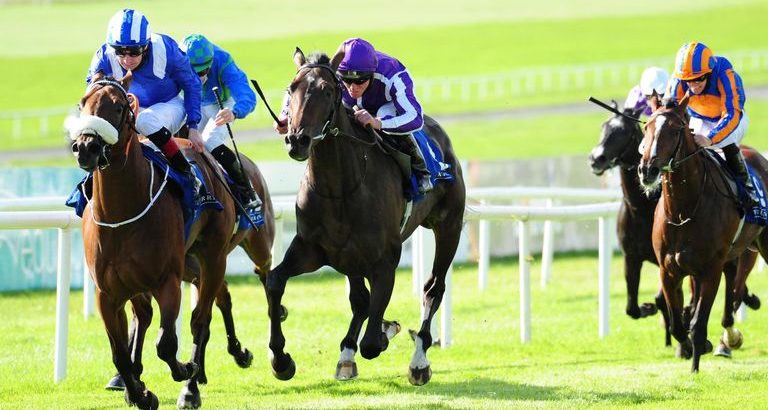 Aidan O’Brien was pleased with High Definition’s performance in the Dante Stakes at York.

The one-time Cazoo Derby favourite was an intended runner in the Lingfield Derby Trial last weekend, but an unsatisfactory blood test meant he was an absentee.

High Definition instead found himself at York on Thursday, over 10 furlongs for the first time, and did all his best work in the closing stages as he finished third to the unbeaten Hurricane Lane.

“We were very happy with our horse and we were obviously delighted to get the run into him,” said O’Brien – who still houses the Epsom market leader in the shape of Bolshoi Ballet, the impressive winner of the Derrinstown Stud Derby Trial.

“Three or four days before the Dante, we didn’t think we were going to get a run into him, so we had to be delighted.

“He seems to be in good form since he’s come home. He was doing all his best work late on, so you’d think he’d have no problem getting further.

“We never decide who is going to run in the Derby until about 10 days or two weeks after they’ve run, then we’ll decide.

“Obviously we’ll see how he is, but we were happy with the run and he’s been happy since he’s been home so far.”

Stablemate Roman Empire led the Dante field for a long time under Hollie Doyle – and at one stage looked like he might not be caught, before ultimately finishing fourth, two and a quarter lengths behind High Definition.

O’Brien added: “We were also delighted with Roman Empire – he took a huge step forward from his first run.”