Aidan O’Brien wins Vertem Futurity Trophy for ninth time as Magna Grecia emerges as one of his leading hopes for next year’s 2,000 Guineas

Trainer Aidan O’Brien landed the Vertem Futurity Trophy for the ninth time as Magna Grecia emerged as one of his leading hopes for the 2019 2,000 Guineas.

The 2-1 favourite, ridden by the trainer’s son Donnacha, held off the determined challenge of Phoenix of Spain by a head but then had to survive a tense stewards enquiry which looked into a series of bumps between the first two in the final furlong.

O’Brien is now only one short of equalling the 10 wins in the last group one race of the domestic season set by the late Sir Henry Cecil. 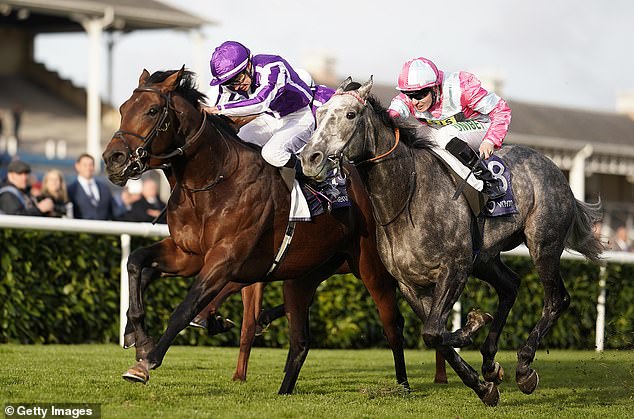 He has won the one-mile contest run at Doncaster with some of his best two-year-olds, including his 2001 Derby winner High Chaparral and his 2011 2,000 Guineas and Derby winner Camelot while 12 months ago he won it with Saxon Warrior who landed this season’s 2,000 Guineas.

Magna Grecia, a son of Invincible Spirit who had previously only run twice and been a neck second to Persian King in the Group Three Autumn Stakes at Newmarket, had his odds cut to 14-1 (from 20s) for the 2019 2,000 Guineas by Paddy Power.

Coral also trimmed his 2019 Derby odds to 16-1 (from 20s) for the Derby, probably influenced by a performance which pulled on Magna Grecia’s stamina thanks to a strong pace set by pacesetting 50-1 stablemate Western Australia who stuck on for third.

The trainer said: ‘He is a big string horse and built like a miler. Maybe he will get a mile and a half, we’ll see.

‘Donnacha said he put his head down and battled for him when he wanted. We’ll look at the Guineas. If they are showing enough pace we train them for the Guineas and then go after that.’ 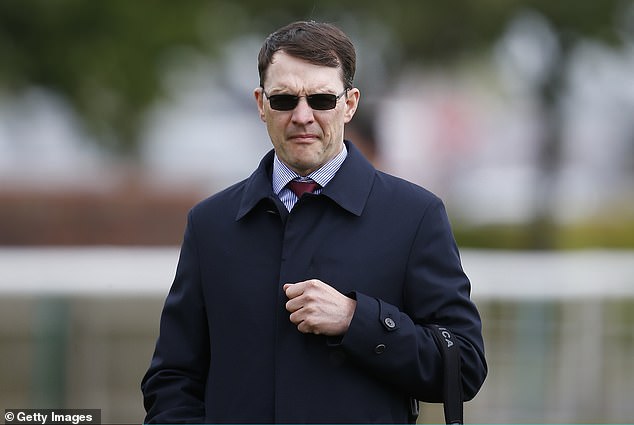 O’Brien’s season suffered a mid-season hiccup when a virus took hold at his County Tipperary stable. Saturday’s win was a 14th group one of the season – an impossible dream for most stables but below par for O’Brien on recent form.

It means there is probably still untapped ammunition among his juvenile crop and the trainer conceded: ‘We did not get a clear run. They are all coming now but we are going to run out of time (to run them).’

For 20-year-old Donnacha, the Magna Grecia win was a sixth group one win of the season. He will miss next weekend’s Breeders’ Cup because of suspension but the season has delivered far more than he can have anticipated, including a first Irish jockeys championship. 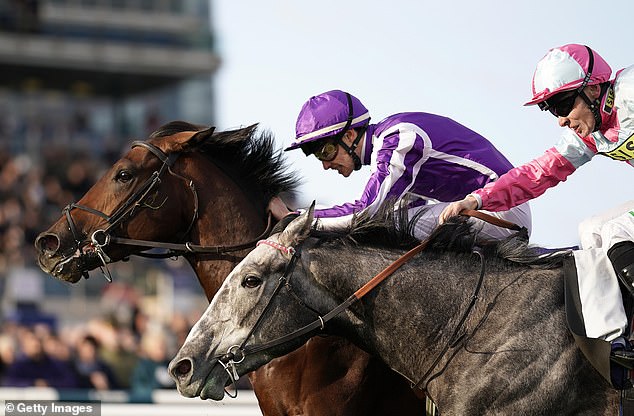 The jockey said: ‘It’s been incredible and I have been very lucky to ride some good horses. You don’t expect it but it has worked out very well for me.’

The performance of Charlie Hills-trained Phoenix of Spain was a good marker for the form. He had previously been beaten a length and three-quarters by John Gosden’s 2,000 Guineas favourite Too Darn Hot in the Champagne Stakes at Doncaster in September.

Hills said: ‘He had the form and is a seriously good horse and a nice one to look forward to next year.’

Meanwhile, Crystal Ocean has been ruled out of the Breeders’ Cup Turf next Saturday at Churchill Downs in Kentucky. The Sir Michael Stoute-trained colt is lame.