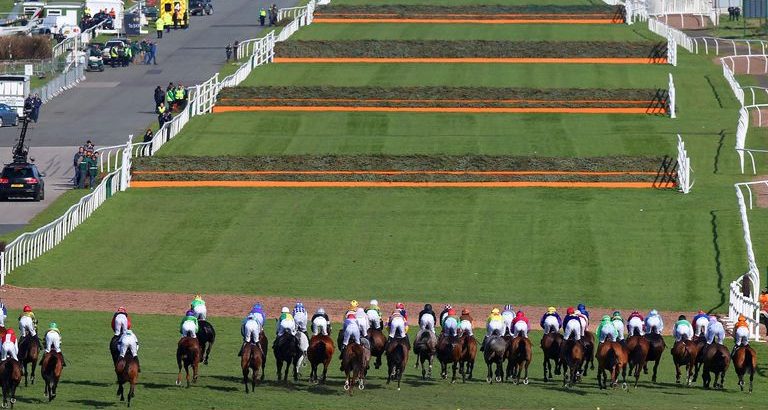 Aintree turned on the taps on Wednesday as preparations continue for next week’s Randox Grand National meeting.

After several days of warm weather, clerk of the course Sulekha Varma opted to water both the National and Mildmay courses as the forecast continues to be for dry weather in the immediate future.

“We’ve had a couple of warm, dry days already this week – and it is forecast to be dry up until Sunday, with only a few showers around.

“We’ll obviously keep watching the forecast, but the aim would be for good to soft ground on the National course and the slow side of good on the Mildmay.

“It has been unseasonably warm this week, but then the forecast is for it to be unseasonably cold by Monday – it is Britain in spring after all.”

Varma was appointed as Aintree’s clerk of the course in December 2019 and had been due to command her first Grand National meeting last spring, before the Covid-19 pandemic forced its cancellation.

She is no stranger to the meeting, though, having worked as part of the team at previous Nationals – and hailed the work of the track’s team.

“Had last year gone ahead, this would have been my 11th National as part of the team, so some of it is very familiar,” she added.

“It is very different to be making the decisions and taking the lead rather turning up the day before and being told what to do.

“We have a fantastic team here, and they are just doing what they do best.

“It’s great to be racing this year, and hopefully it can give everyone a bit of a boost to see a top-class sporting event.”

Coronavirus remains a factor in the challenge of horses from outside Britain, but the Aintree team has set up facilities at nearby Haydock Park to house the raiding party.

Both tracks are owned by Jockey Club Racecourses, and protocols established for the Cheltenham Festival will again be in place.

Varma added: “We’re very lucky to have Haydock Park just 20 to 30 minutes away, which is set up and ready to host horses.

“There’s a hotel about a mile away from the track, so we have taken that over – and that will be the Irish bubble.

“Like at Cheltenham, everyone will be tested before travelling over and going home, there will be separate facilities for British and Irish riders at Aintree – and there won’t be any chance to mix.

“It’s just about putting the right protocols in place and keeping everyone safe on both sides.”