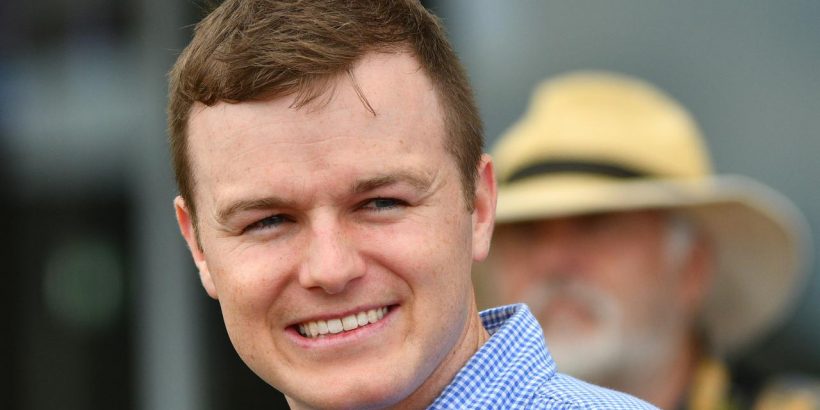 Port Guillaume was prominent in betting in both races after his performances in France but Racing Victoria stewards withdrew him from the Caulfield Cup after he failed a bone scan.

Then trainers Ben Hayes and Tom Dabernig subsequently abandoned any thought of running Port Guillaume in the Melbourne Cup, sending the French Group 2 winner to the spelling paddock.

“They did the bone scan on him and found he had bone bruising,” Hayes, who now trains Port Guillaume in partnership with his brother JD, said.

“He’s a young horse so it wasn’t all bad because he was able to go the paddock and acclimatise.”

Port Guillaume was also gelded during his time off.

Hayes said the rising five-year-old thrived during his spell, returning to work at Euroa in good order despite the frosty winter conditions.

Rising three-year-old Finance Tycoon will be aimed at the Group 1 Coolmore Stud Stakes in the spring. Picture: Racing PhotosSource:Getty Images

“He’s building up really nicely. He’s clearly got really good ability and he’s an exciting horse for the stable,” he said.

“We’ve done the right thing by him and given him more time.

“He’s come back well and his action is 100 per cent so hopefully he’s in for a good prep.”

Hayes said the stable would look for a 1600m race for Port Guillaume’s first-up assignment.

VOBIS Gold Showdown winner Finance Tycoon is also back in work after a successful two-year-old season that also produced a Group 3 win at Flemington and a solid fourth in the Blue Diamond Stakes.

Hayes said Finance Tycoon was working towards his first trial appearance of the campaign, which was geared towards the spring three-year-old sprints, including the Group 1 Coolmore Stud Stakes at Flemington (1200m) on October 30.